Charting a pathway to scale through government: Adapting a girls’ empowerment program to a public school setting 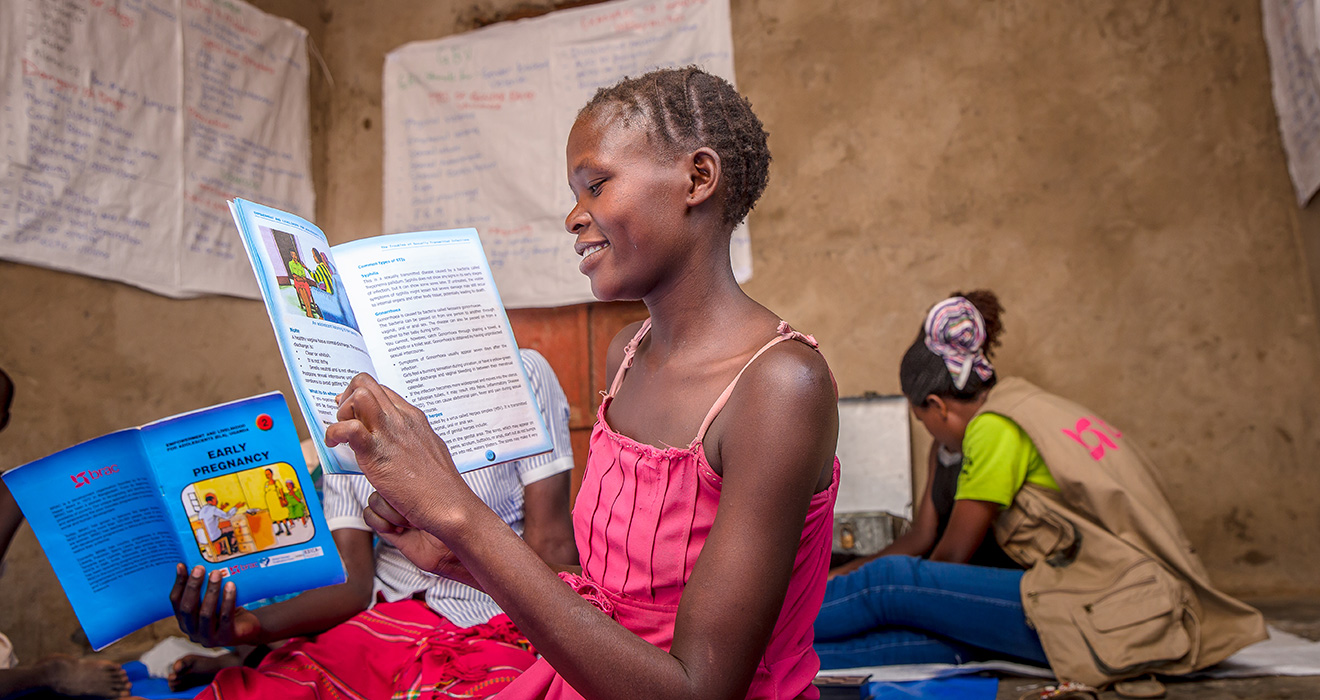 By Esau Tugume and Jenna Grzeslo

This piece was originally published in NextBillion. It has been reposted below.

Though women and girls face many gender-related challenges in countries around the world, these issues – from gender-based violence to unplanned pregnancies and child marriage – are often particularly acute in emerging economies. In response, many development organizations have utilized group-based programs to work against common risk factors and empower adolescent girls and young women – goals that have only become more important in light of COVID-19’s impact on this population.

For instance, BRAC’s Empowerment and Livelihood for Adolescents (ELA) program seeks to support vulnerable young women through a wide range of trainings that can be grouped under three pillars, including education, social empowerment and economic empowerment. Groups of about 30 girls meet several times a week with a near-peer mentor in ELA clubhouses, which are designed as physical safe spaces near girls’ homes. In these safe spaces, girls not only receive social and economic empowerment training but also have an opportunity to socialize in a safe environment, free of judgement or oppression.

BRAC’s ELA program has been implemented in several countries and rigorously evaluated in Uganda, Sierra Leone and South Sudan. These evaluations revealed that the presence of ELA clubs in villages can lead to decreases in teen pregnancy and increases in the likelihood of engaging in income-generating activities for participants. In cases where ELA was implemented during a crisis, including Ebola in Sierra Leone and civil war in South Sudan, the presence of the clubs helped offset many of the negative impacts of these crises among girls.

A shift in BRAC’s ELA program

The ELA program has been active since 2006, when the first clubs were launched in Uganda. But despite its longevity and impact, the program is currently undergoing a major shift. Although ELA had been successfully scaled up in multiple countries with positive results recorded in randomized controlled trials, we found that the curriculum had become outdated and was no longer meeting the needs of youth. Attendance in many places began to dwindle. To better address girls’ changing needs and interests, we redesigned the curriculum and launched a new pilot program, which has yielded positive results so far. The curriculum was segmented by age (10-14 and 15-22), and content was made more engaging and age-appropriate with youth mentors and staff input.

But the program has faced another key challenge: With neither a consistent long-term source of donor funding nor a viable path to self-sufficiency, it is difficult to sustain and scale over the long term. To address this issue, BRAC is now exploring alternative pathways to scale, including an intriguing new solution: adapting the ELA program to an after-school setting in Uganda, allowing it to be scaled through government schools.

Below, we’ll discuss how BRAC embraced this opportunity, how we assessed the viability of such a model, and what it might mean for the evolving ELA program and similar programs at other organizations. We will also discuss how we identified and addressed the potential issues that could arise when leveraging government involvement in such a program in pursuit of scale.

We recognized that working in schools represented a sharp departure from the original ELA model. After all, ELA is a community-based program originally designed for out-of-school girls. By contrast, an after-school model would create safe spaces in schools, rather than community-based clubhouses, and engage teachers instead of near-peers to serve as mentors and lead club sessions. This would raise a number of issues, and we knew that adapting the ELA model to an after-school setting would be no easy task.

Furthermore, we had to ask: Would schools, teachers and Uganda’s Ministry of Education and Sports support this new model? We decided that rather than launching a pilot and jumping into an evaluation with assumptions that might not hold true, we should first take a step back and conduct much-needed formative research to answer these questions.

We believe that formative research – i.e., exploratory work typically done at the start of a new project – should be conducted anytime an existing program is adapted to a new context. Formative research can be conducted through a variety of strategies, including situation analysis and stakeholder analysis, and can utilize both qualitative and quantitative research methods. (For those unfamiliar with formative research, J-PAL’s guide to measuring women’s and girls’ empowerment provides a succinct primer on the role of this type of work in this subject area.)

After conducting extensive desk research, we developed a research plan that included focus group discussions with adolescent girls and young women and their parents, semi-structured interviews with school district officials and teachers, and key informant interviews with research and implementation experts focused on after-school programs or youth empowerment. In total, we interviewed 184 stakeholders. In addition, we formed an Advisory Committee consisting of experts, a Ugandan youth activist, and representatives from the Ministry of Education and Sports, and engaged in a learning exercise with the Asante Africa Foundation to learn directly from their design methods and successful work in schools.

From these activities, we learned that there is ample support for our ELA in Schools idea from various stakeholders, including the Ministry of Education and Sports. We also learned that teachers may need extra support to be effective mentors, both in their ability to facilitate club sessions and to form trust-based relationships with students. Furthermore, we realized – as one Advisory Committee member, Markus Goldstein of the World Bank’s Gender Innovation Lab, observed – that “just because someone can teach math, doesn’t mean they can teach life skills.”

Our formative research also revealed additional considerations, such as concerns from parents and caregivers, teachers, and girls themselves regarding girls’ safety in school. In addition, many stakeholders encouraged BRAC to engage adolescent boys and young men, both in the ELA in Schools project and in our overall youth programming as well. Overall, the research left us with important new topics to consider, compared to when we started. For a learning organization like BRAC, this gave us the opportunity to reflect on what we learned in order to stretch and grow in the right direction.

The future of the ELA in Schools project

We originally planned to conduct a pilot of the ELA in Schools project in 30 Ugandan schools. However, based on our findings, we realized that BRAC still has a lot to learn about planning for scale in a school setting. So we decided that we need more research before launching a larger pilot.

Currently, ELA in Schools is being prototyped in just eight schools in the Mubende and Mityana districts of Uganda. Much like during the formative stage of the ELA in Schools project, we are moving forward deliberatively, evaluating the process – and regularly consulting key stakeholders such as education experts, teachers, parents and caregivers, and girls along the way. To be sure, the program has encountered challenges, not least among them the closure of Ugandan schools in June 2021 due to a surge in COVID-19 cases. Despite these challenges, support within the formal education system remains strong. Teacher-mentors even requested that they be allowed to continue the club sessions despite schools not being open. With permission from education officials and adequate health and safety guidelines in place, such as masking and social distancing, they have been allowed to do that in small groups.

Formative research, by definition, is used to inform program implementation, so many of the insights we’ve generated are specific to the ELA project. With that said, time and context-specific findings can also be relevant to other organizations and researchers exploring similar topics and issues. As we continue to carry out our work to adapt ELA to school settings in Uganda, we hope that the findings of our research will prove useful for other organizations and enterprises in the youth economic empowerment space as they adapt, whether due to the pandemic or other circumstances, and explore viable pathways to scale.

The ELA in Schools project is being funded by the Bill & Melinda Gates Foundation.

Esau Tugume is a Research Associate at the BRAC Independent Evaluation and Research Cell (Kampala, Uganda) and Jenna Grzeslo is the Senior Program Manager, Research and Learning, at BRAC USA.