Early childhood development should be a global priority

The Global Education Summit convenes this week in London, gathering in virtual or hybrid form. It offers an extraordinary chance for the world community to focus on the vital role of education in transforming lives. 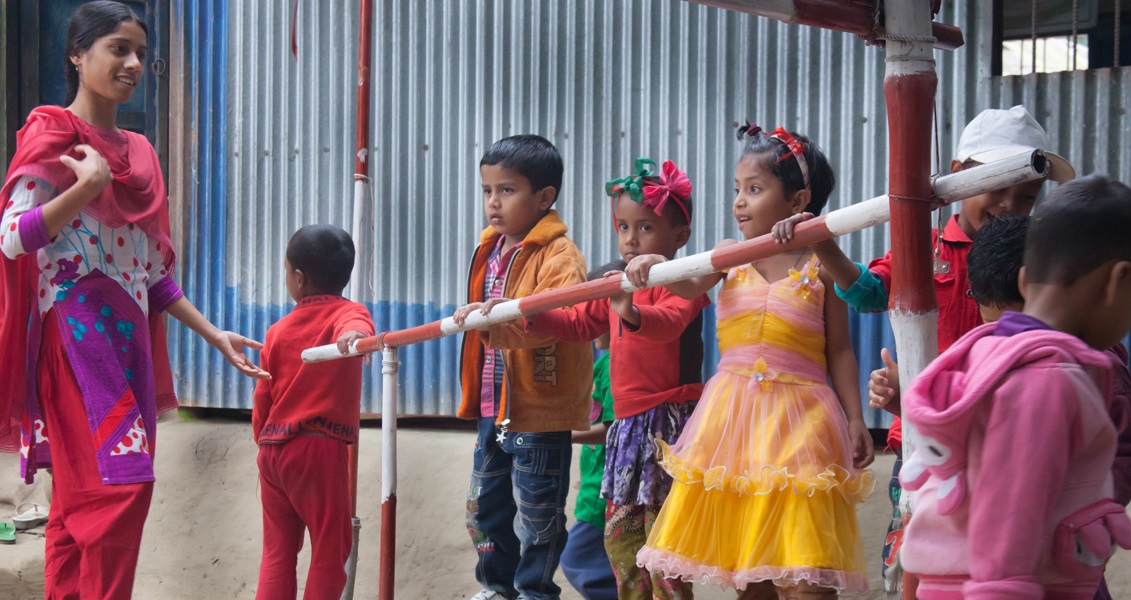 A central feature of the Global Education Summit is the pledges made by international donors to help the Global Partnership for Education (GPE) reach its target of at least USD 5 billion over five years, along with commitments from GPE partner countries on domestic financing for education.

As a Summit delegate representing BRAC, I am excited to share experiences with leaders of governments and other organizations. Through the Summit, we seek to enhance education for all children, achieve gender equality, and sustain education amid the COVID-19 pandemic.

A new report that deserves great consideration in this context has been published by TheirWorld and the REAL Centre at the University of Cambridge. The report – ‘A better start?’ – provides a progress check on donor funding for pre-primary education and early childhood development. 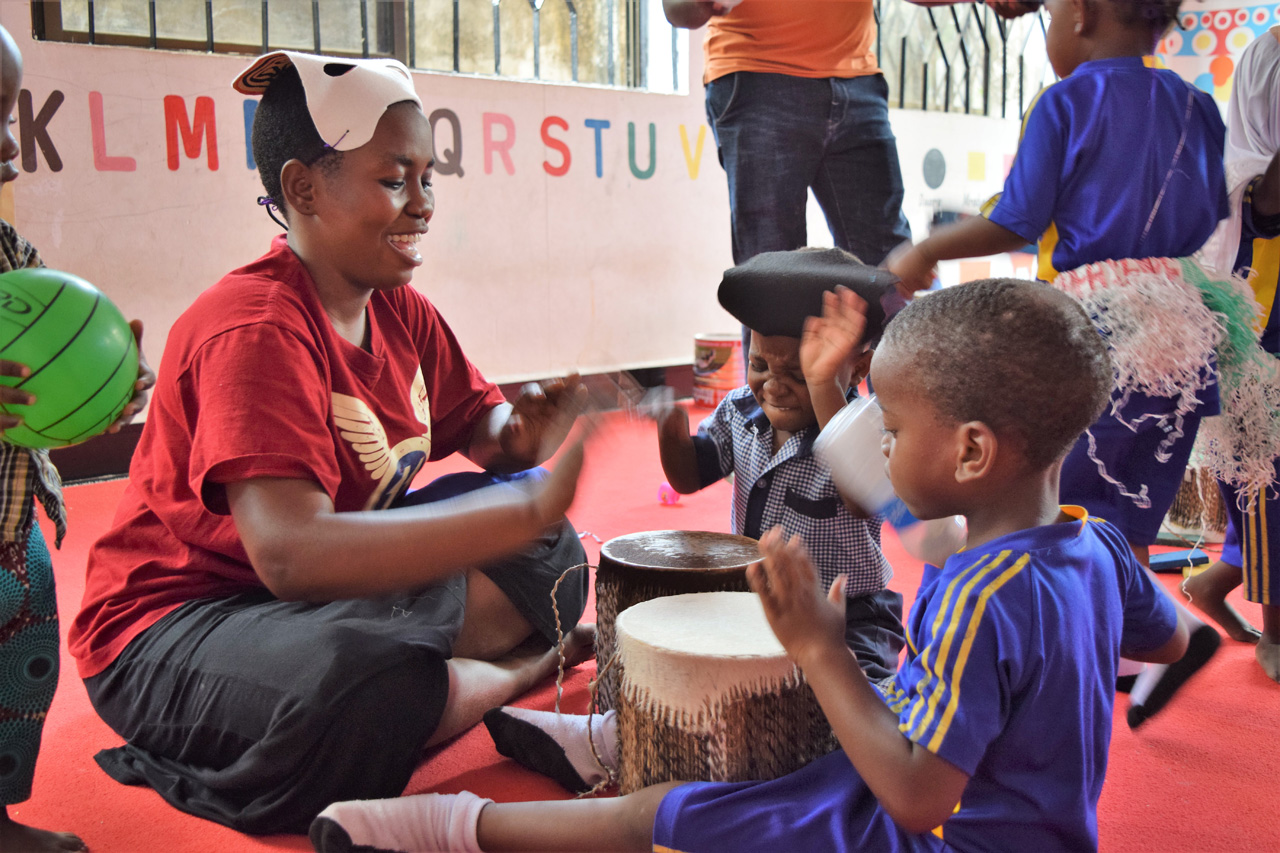 The first five years of a child’s life are among the most important developmentally. Yet the report points out that, even before the pandemic, 175 million children – just under half of the world’s pre-primary-school-aged children – were missing out on pre-primary education. In low-income countries, as many as eight out of 10 pre-primary-school-aged children were missing out on early years’ education. Children living in the most marginalized conditions are thus being left behind.

The report calls on international donors and governments to invest at least 10% of education spending in the early years. It states: “This target is the absolute minimum world-leaders need to support if we are to have a chance of achieving the United Nations Sustainable Development Goal related to education.” 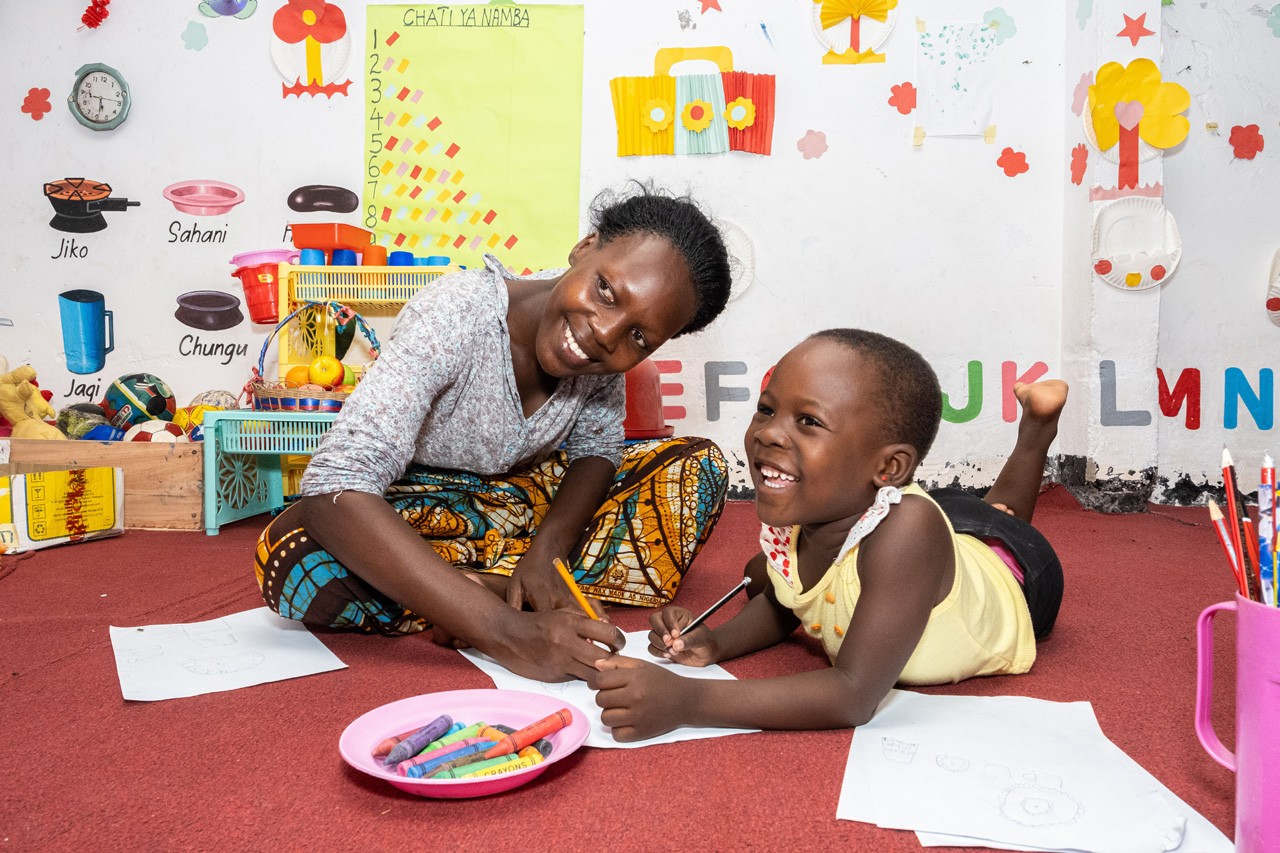 Nasra discovers the power of play by coloring with her Play Leader. Credit: ©BRAC/Lee Cohen

The extraordinary need highlighted in the report aligns with conditions outlined in a 2020 white paper issued by Save Our Future, a global coalition of which BRAC is a core member. That paper – ‘Averting an Education Catastrophe for the World’s Children’ – states:

BRAC’s own experience in early childhood development underscores the importance of pre-primary education in preparing students for later success in school. A multi-year partnership between BRAC, the LEGO Foundation, and Porticus supports an extensive play-based learning initiative in low-resource settings. Through it, BRAC has created 110 low-cost, high-quality, community-based Play Labs in Bangladesh, Uganda, and Tanzania. Another 400 Play Labs have been created in government primary schools in Bangladesh. BRAC has trained 315 adolescent girls and young women to act as facilitators or Play Leaders in the community-based Play Labs. 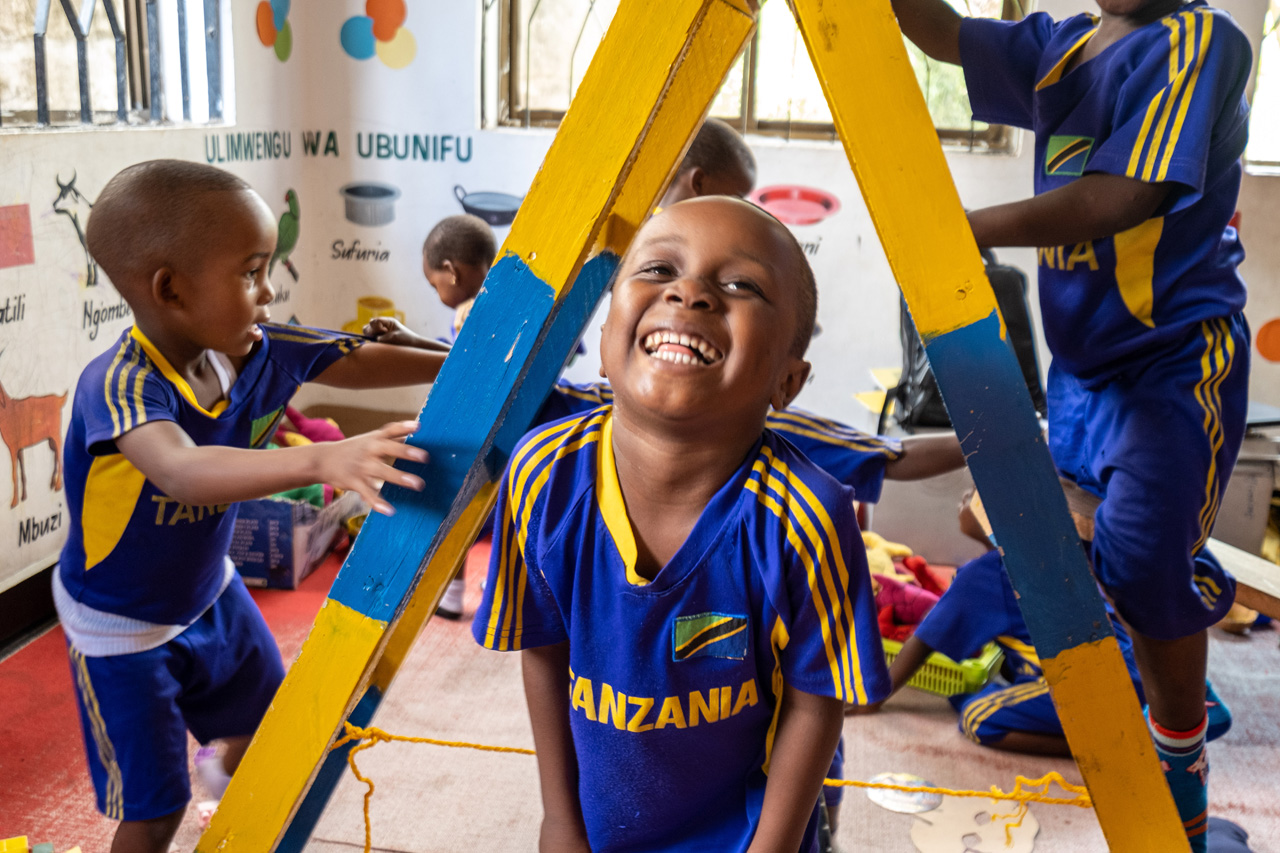 The Play Labs are safe spaces where children can engage in play, supported by a play-based curriculum that is culturally sensitive and designed to suit the local contexts, while also promoting children’s cognitive, language, physical, and social-emotional development. Both the play spaces and curriculum are designed by the BRAC Institute of Educational Development at BRAC University in Bangladesh (BRAC IED).

More than 50,00 children have been reached since 2016 in more than 1,200 Play Labs in the three countries. Research conducted by the University of Cambridge will be released shortly on the impact of the Play Labs. We cannot comment on the findings until the formal release of the research, except to say that the results are exciting.

One of the challenges in pre-primary education is to scale proven solutions. BRAC is in the process of preparing to scale the Play Labs, following release of the upcoming research. In some cases, BRAC will work with governments to scale the model directly. In other cases, BRAC will provide technical assistance in adapting the model and training local entities to implement it. 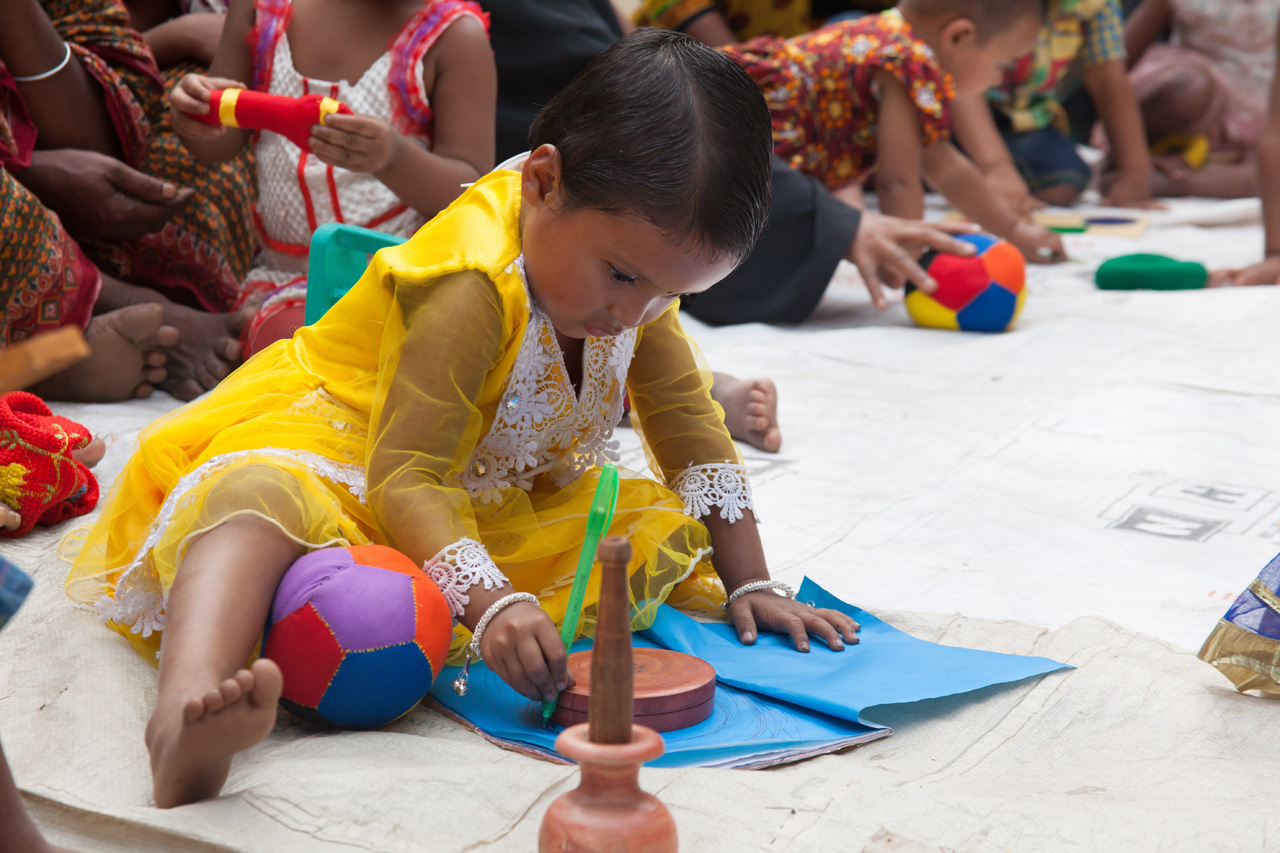 The Play Labs model has already demonstrated an extraordinary capacity to be adapted to local conditions. It has been adapted, for instance, for humanitarian settings. A blog post – ‘Can play save a displaced generation?’ – describes how that adaptation serves the Rohingya camps in the Cox’s Bazar region of Bangladesh, the largest refugee settlement in the world.

In a commentary ‘Addressing the Impact of COVID-19 on Infants and Young Children’ – Erum Mariam, Executive Director of BRAC IED, describes how a remote learning mechanism called Pashe Achhi (English translation: Beside You) evolved from the closing of Play Labs due to the pandemic. The initiative provides weekly one-on-one phone calls by trained specialists to the caregivers of 40,000 infants and children under the age of six. It offers educational and psychosocial support – and a model that can benefit children worldwide.

TheirWorld is right to focus attention on the level of funding for pre-primary education. It is key to ensuring that children in even the most marginalized conditions have the start that they need and deserve.