Most of the children inside the world’s largest refugee camp have never watched TV. 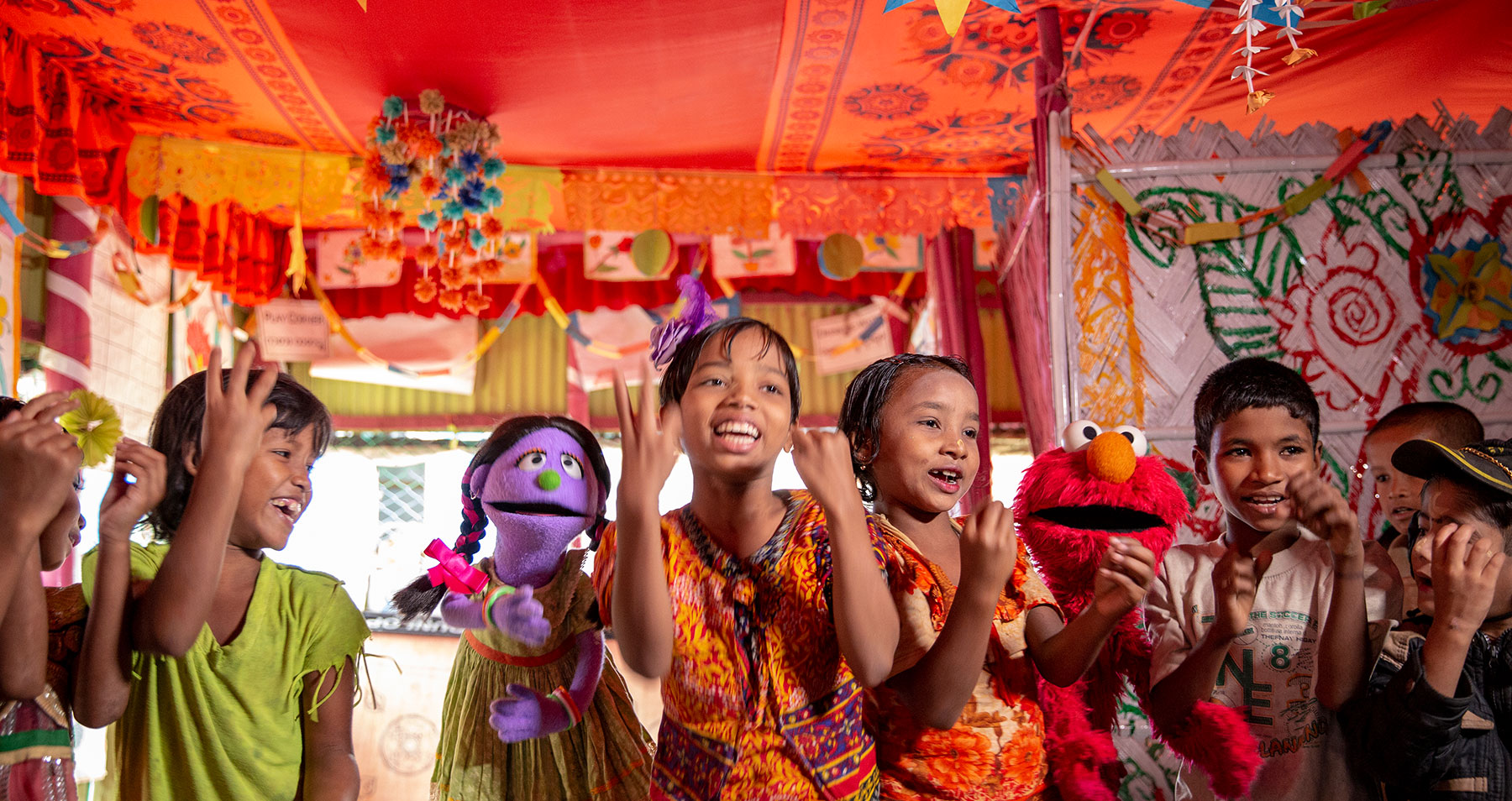 Below is en excerpt of a story originally run on NBC News. Click here to view the full piece and watch the segment.

A grandmother named Merula has been living at the camp with her daughter and two grandchildren, ages 4 and 2 1/2, for the past two years. Merula said her family ran for their lives when members of the Myanmar military showed up at their village and set it on fire.

“We thought we would be killed,” she said.

The children, Ismabela and Bibijan, participate in an educational program at the camp known as the Humanitarian Play Lab. Developed by the humanitarian group BRAC, the lab uses play to help young children learn and recover from trauma.

Read on to meet Noor and Aziz, the new Rohingya muppets.