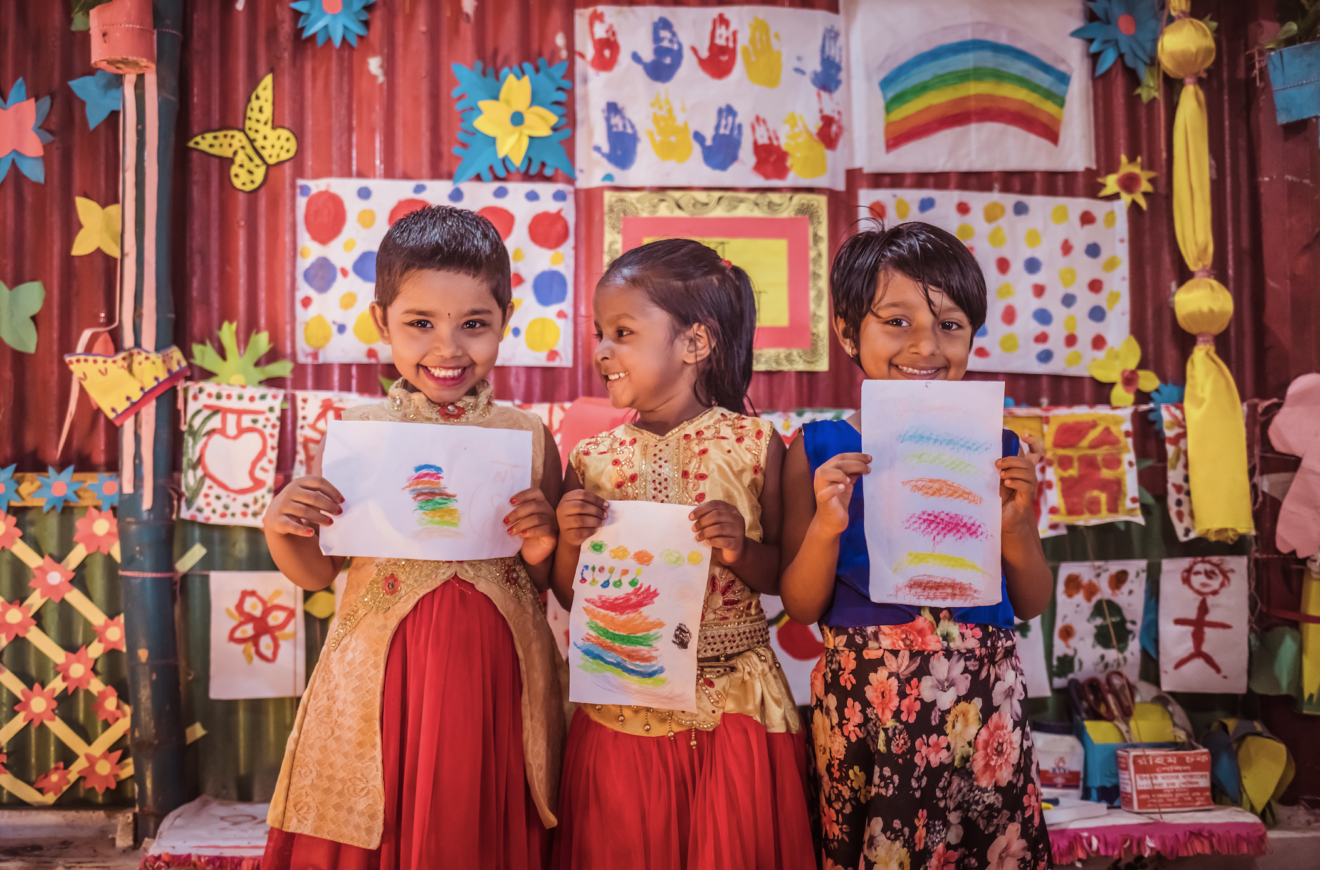 Originally published by Chowdhury Center at UC Berkeley. It has been reposted below.

A recent two-year study reveals that one of the greatest goals of early childhood development has been achieved. What’s even more remarkable is that the benefits extend not only to the children but to their parents. That finding holds exceptional promise for communities worldwide.

The focus of the study is BRAC’s Play Labs in Bangladesh – safe spaces where children aged 3-5 engage in playful activities, supported by a flexible play-based curriculum and led by non-formal educators called Play Leaders. The study found that the Play Labs enable children regardless of their initial readiness or level of privilege to enter kindergarten equally prepared. That’s a landmark achievement that opens the door to educational equity. If children can be equally ready for kindergarten, they will be equally ready for ongoing educational success.

That is an extraordinary outcome, and I understand well its accuracy, as I was one of the specialists who helped design the research at Columbia University and the University of Cambridge, with support from researchers in Bangladesh. But the importance of the research extends further – to the parents and, therefore, to communities broadly.

The research found that the beneficial outcomes of the Play Lab experience were extensively and consistently evidenced across all four measures of development used in the project. For each measure, the Play Lab children outperformed the control group children, at moderate levels in year one and then dramatically in year two. By the end of the second year, there was only a small gap between the initially low, medium, and high-performing groups, indicating the Play Labs’ ability to level the playing field.

That alone would be a spectacular result. Leveling the playing field is a phenomenal achievement.

The research also showed, however, that the Play Lab experience significantly improved the parents’ knowledge, attitudes, and practices (KAP) related to early childhood development and education. Across the entire project, the Play Lab parents’ KAP scores were significantly greater than those of the control group parents overall and for all elements of the interview protocol.

That has even broader implications for the reach of the Play Labs. Because the parents are benefiting in addition to the participating children, that means that the benefits extend beyond the Play Labs to the homes and the communities.

Key to the Play Labs’ success is joyful learning – the sheer infectious joy of play-based education. That joy cannot be contained, and that’s what makes it so magical.

When children learn songs in Play Labs, they bring them home, changing the atmosphere there and often returning joy to parents, who may have had it taken from them or simply not had time to share in it. But the benefits for parents are not simply brought home.

Parents are encouraged to attend the Play Labs, and typically it’s mothers who do so. Sometimes older siblings or grandmothers attend instead. It’s almost always women, and they see first-hand that the setting is safe, trustworthy, and full of joy.

The mothers’ presence gives the Play Leaders an opportunity to engage them and to influence them by modeling behavior. This evolved organically. As mothers chose to stay and participate, the training of Play Leaders was adapted to encourage their engagement as “mother volunteers.” As a result, the mothers experience the value of play and a new way of joyful learning.

Parents are also encouraged to attend specially designed “parent education sessions.” These are not lectures; they are skills-based. They are created to equip parents to extend the joyful learning to their homes, to encourage the “scaffolding” that comes from asking open-ended questions of their children, and to give them other techniques to increase their confidence as parents.

The Play Labs research shows the Play Labs’ capacity to shift thinking about how children learn – by engaging children and parents in joyful learning, spreading that joy, and enhancing parents’ understanding of what children need to excel – that it doesn’t have to be a rigid didactic approach.

Fortunately, the Play Labs experience is eminently scalable. That’s in part because the Play Leaders are adolescent girls and young women selected from the community and trained locally by the BRAC Institute of Educational Development at BRAC University. The Play Labs are typically housed in existing facilities, and the curriculum draws on local materials. BRAC has also created a new Play Lab PlayBook that provides essential resources and tools to help potential programmatic partners embrace scaling this approach.

The power of play-based learning has never been clearer, and its impact is spreading. Scaling it offers enormous promise for a new generation of learners, their parents, and communities.

The author is Assistant Professor of Population and Family Health and Interim Associate Dean, Office of Field Practice, at the Columbia University Mailman School of Public Health.