Opinion: The impact of COVID-19 on child marriage and other gender-based violence

In a troubling trend, more girls are seeking child marriages as the COVID-19 pandemic drags on. 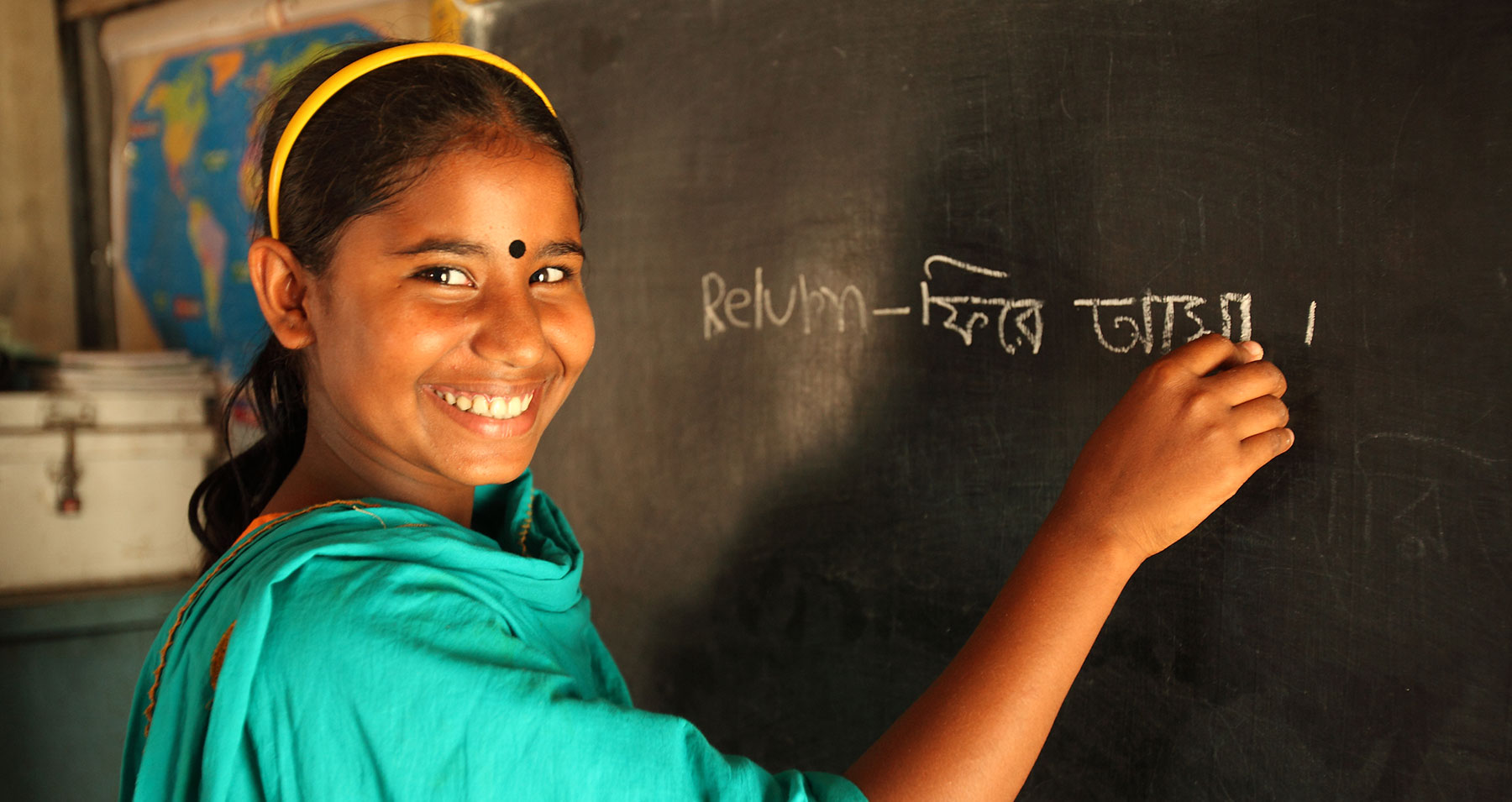 This piece was originally published in Inter Press Service. It has been reposted below.

I recently visited rural areas of Bangladesh amid the COVID-19 pandemic and returned to Dhaka with a new understanding of the impact that COVID-19 is having on child marriage, a harmful practice that is a global challenge. The fundamental shift that I saw was that child marriage, which has typically been encouraged by struggling parents, is now being encouraged by struggling girls. This worrisome trend underscores a new burden of the pandemic on people living in poverty.

Marriage before the age of 18 is a fundamental violation of human rights. Yet UNICEF reported in April that the number of girls married in childhood stands at 12 million per year worldwide.

According to the United Nations Population Fund’s State of the World Population 2020 report, COVID-19 threatens to make that stunning number even worse. The agency estimates that COVID-19 will disrupt efforts to end child marriage, potentially resulting in an additional 13 million child marriages taking place between 2020 and 2030 that could otherwise have been averted.

The challenge is not only the disease but the response to the disease – especially the impact of school closings, which have been in effect nationally in Bangladesh since March. The transition from in-school to online learning can easily seem like a mechanical one, but it creates new challenges for remote communities and families living in poverty.

What I witnessed in visiting rural communities was girls completely home-bound and bored amid school closings. They typically lacked Internet access, television, and smartphones. Analog phones are the only readily available means of communication, and too often, parents are not able to maintain any sort of schooling at home.

Girls are often home-bound because, unlike boys, they are generally forbidden by their parents from leaving the home unnecessarily. School closings become confining and limiting.

All too often, the girls I met had glazed looks in their eyes. They saw no future for themselves. Without school, they were deprived of possibilities. The daily effect was crushing. For many, the only escape is child marriage.

The shift to girls pursuing child marriage instead of their parents is a devastating one that could drive the numbers even higher. It could limit the prospects and potential of girls worldwide.

School closings also affect boys, but boys have more to do. They are freer, more mobile, and outside more. In some areas, that may increase child labor, drug addiction, and gambling, but boys are not confined in the same way that girls are.

The situation is also different in urban areas, where there is greater access to the Internet, television, and smartphones. Internet access has its own liabilities, but it is available for educational purposes.

For girls and women, the response to COVID-19 has other implications, too. Lockdowns have left many men out of work and, as a result, they are at home during the day, often making demands of one kind or another. The burden on women – to prepare more food, do more cleaning, maintain the home life – only increases. Financial stress creates domestic stress, and the potential for violence grows, especially as husbands demand more money from wives’ families – a major cause of domestic violence.

BRAC is working to prevent child marriages and other forms of violence against women and children and to defend victims of such violence. BRAC’s Community Empowerment Program supports Polli Shomaj, the community-based women’s groups that are active in 54 out of 64 districts in Bangladesh in combating gender-based violence. BRAC also operates 410 legal aid clinics, whose cases typically involve gender-based violence. But to maximize prevention of child marriage, a cultural shift is necessary.

Men and women are equal in Bangladesh’s Constitution and law, but not in its culture. And with three million cases backlogged in the court system, the law has limited effect.

Bringing about that cultural shift requires economic empowerment alongside social empowerment for girls and women. It requires life skills for negotiation, partnering in decision-making, and goal setting, among other things. It demands occupational skills training to enable girls and women to connect with the job market and to earn their own income. It also requires microfinance so that women can get loans, and mentoring so that they can envision a future that they control.

Fortunately, BRAC has those tools in place. BRAC has over seven million microfinance clients, nearly 90 percent of whom are women. Its skills development programs have equipped nearly 85,000 people with training and knowledge needed for employment, and 83 percent of those learners – half of whom are women – secured jobs after graduation. Together these tools create a comprehensive package that can enable girls and women to see a vibrant future and escape gender-based violence.

But the scale of the problem is greater still. According to a 2015 survey by the Bangladesh Bureau of Statistics and the United Nations Population Fund, more than 70 percent of married women or girls in Bangladesh have faced some form of intimate partner abuse, about half of whom say their partners have physically assaulted them. And the problem is global.

Saeda Bilkis Bani is a Program Manager for the Community Empowerment Program at BRAC.