Opinion: How to confront COVID-19’s cost to girls

If we have to prioritize one thing after a difficult year, let it be a stronger focus on girls. 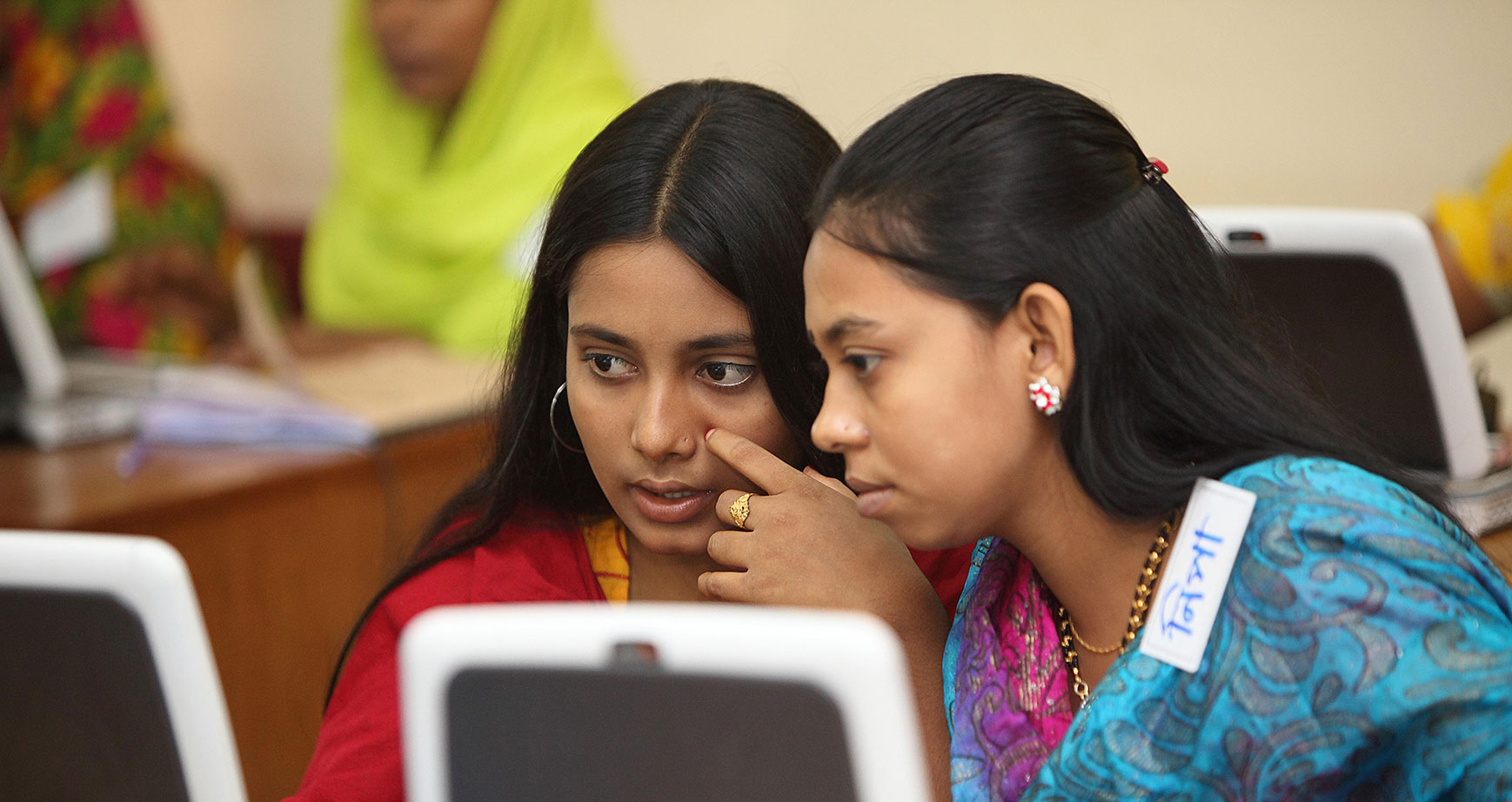 This piece was originally published here in The New Humanitarian. It has been reposted below.

No one comes out of a crisis without being changed in some way, and this pandemic is a crisis on a scale we have rarely seen: It has put years of progress in human development at stake; inequity is at its worst.

If we have to prioritize one thing, it should be ensuring that girls do not return to despair, teenage motherhood, and premature death. Girls deserve the chance to flourish and pursue a bright future in spite of COVID-19.

Girls are profoundly impacted by the pandemic in multiple ways: by the economic effects on their families and the resulting food insecurity, by the increase in domestic violence and child marriage, and by the closing of schools, among other factors.

In Bangladesh, for instance, research by the Power and Participation Research Center and the BRAC Institute of Governance and Development shows that COVID-19 is creating millions of “new poor” – people whose income was 40 percent above the poverty line but have fallen below it as economies are disrupted. A recent study by the Center for Research and Information, a Dhaka-based nonprofit, estimates that the “new poor” now totals 38 million – roughly one in five Bangladeshis.

Similarly, food insecurity is on the rise. Another survey by the BRAC Institute of Governance and Development found that Bangladeshi households are spending less on food as their incomes drop: Compared to pre-pandemic levels, food expenditure shrunk by 22 percent in rural households, and by 28 percent in urban slum households.

On top of this, depression, crime, and addiction are rising among urban youth in the absence of schools, which have been closed in Bangladesh since March. Violence against women, both domestic and outside the home, is growing. A study by the Manusher Jonno Foundation, a Bangladeshi NGO, in 53 of Bangladesh’s 64 districts found nearly 2,900 child victims of domestic violence in June, up from about 2,170 a month earlier.

Yet it is with the closing of schools that the potential damage may be most profound. When schools are closed for months, the loss is more than just the course material that would have been covered: Students forget what they learned before schools closed, and the knowledge that was skipped may never be regained. The consequences for educational inequity can be long-lasting – and all of this assumes that students do not drop out.

Education is integrally tied to the economy. Many students work as private tutors in cities to make ends meet. Today, those options have largely disappeared, and students’ savings are dwindling to nothing. Many private schools have been sold, their teachers left penniless.

In all of this, girls are especially at risk – of being the victims of violence, of being forced into a child marriage, of dropping out of school, of not having the opportunity to pursue their talents and dreams.

What should be done? Governments, donors, and non-governmental organizations, particularly in the Global South, all have a role to play.

First, community empowerment groups are a vital asset and must be given the resources and training needed to support girls, to understand the pressures on them, and to prevent child marriages. In Bangladesh, grassroots women’s groups like BRAC’s Polli Shomaj play a vital role in supporting girls and women, including reporting violence and referring survivors to services. Such groups must be strengthened so they have enough resources, the proper training to make referrals, and the political muscle to defend girls and secure their path to self-fulfillment.

Second, communication and information are crucial. Bangladesh made big strides in girls’ education over the last 20 years through a nationwide public campaign and outreach to parents to convince them to send their daughters to school. Now, the sudden economic shock, school closures, and a sense of fatalism are leading parents to marry off their daughters early, our research indicates. Governments must play a bigger role, nationally and locally, in public messaging and bolstering support.

Third, schools need to gradually reopen with proper safety measures. This is more crucial than ever, particularly for rural schools. Girls tend to have the least access to education, be the newest to education, and be at the highest risk of dropping out – challenges BRAC has tried to overcome in helping over 12 million students graduate from BRAC schools in Bangladesh and around the globe.

Making up for learning losses will be difficult and will only get harder as school closures are prolonged. With rare exceptions, online education cannot replace in-school learning, particularly given a lack of connectivity in many regions. The risk of students dropping out only grows as a result.

Girls have the least access to the Internet, phones, and television – the other vehicles through which they could be learning while schools are closed. Clubs for adolescent girls, which have been so effective in Asia and Africa in preventing child marriage and teenage pregnancy, need to be revitalized and scaled up.

Fourth, access to vocational and skills training should be increased. All children need access to the best basic education possible, but this should be built upon with further formal education or training. Students and parents need good information about what opportunities are available – mentoring and call centers can be especially effective in helping them connect.

COVID-19 puts everyone at risk, but the social consequences for girls have been devastating. They must be at the heart of renewed efforts to ensure hard-fought gains made by women and girls are not rolled back.