Liberia’s adaptation BRAC’s Graduation approach has proven to be successful in empowering participants out of poverty. 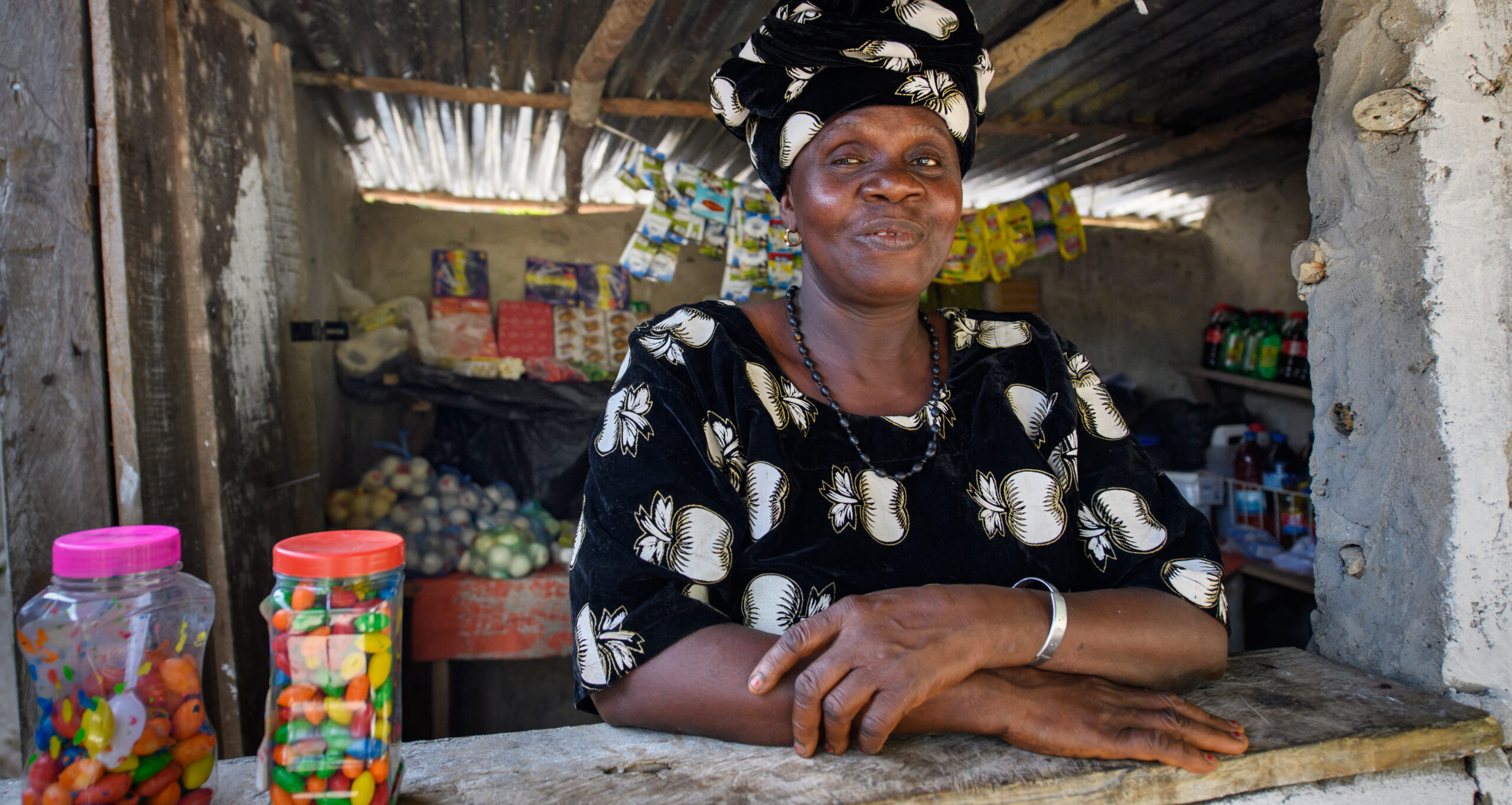 Below is a piece originally published in Inter Press Service.

For the past three years, BRAC has been piloting in Liberia an adaptation of its acclaimed Graduation approach, whose impact on reducing extreme poverty was first proven in Bangladesh. The success of the Liberia pilot, which I managed, provides not only further proof of impact but vital lessons that can enhance and accelerate scaling of the approach globally.

BRAC’s Graduation approach is a multifaceted, proven, researched set of interventions based on a deep understanding of the challenges faced by those living in extreme poverty. BRAC – one of the largest nongovernmental organizations in the world – pioneered the Graduation approach 20 years ago and is the largest-scale implementer, having reached more than 2.1 million households (approximately 9 million people) in Bangladesh alone.

The key pillars of the Graduation approach include a stipend to support participants’ basic needs; a productive asset such as livestock, equipment, or seed capital; training in life skills, finance, and business skills; and regular coaching and mentoring. A rigorous evaluation by the London School of Economics showed that 93% of participants experienced sustained benefits seven years after starting the program. This included a 37% increase in earnings, a 9% increase in consumption, a ninefold increase in savings rate, and a twofold increase in household assets and access to land for livelihoods.

The pilot in Liberia ran from April 2018 to September 2021 and was made possible by generous support from the Dutch Postcode Lottery. Through it, 751 women-headed households in two counties participated, and 85% graduated, climbing the ladder of economic self-reliance into a sustainable future.

According to the baseline assessment, these women earned barely $1 (US) per day before they joined the Graduation program, working as seasonal wage laborers, cassava pickers, and charcoal makers. Their low income – or no income – left them vulnerable, with little hope or confidence. Many had faced domestic violence and abandonment by their husbands and were the sole source of income for their children.

Now, they are micro-entrepreneurs earning their livelihoods through livestock rearing, vegetable farming, and running businesses like grocery shops. Of the pilot participants, 88% doubled their income sources, 96% had access to safe drinking water, 98% were regularly eating nutritional meals, 98% were practicing safe hygiene and sanitation, and 100% saved regularly (biweekly) by the end of the program. Households’ housing conditions also greatly improved, including 88% of beneficiary children attending school.

In making this transition, participants in the Graduation program demonstrated their ability to create pathways toward self-reliance, once they have access to the right resources and tools.

The lessons from the pilot in Liberia are considerable and can facilitate replication far more broadly. They are especially powerful, as Liberia is among the world’s 10 poorest countries.

First, the Graduation approach works in Liberia. Poverty likelihood declined sharply from 50% to 31% after program intervention. The food consumption score improved from 28 to 44.

This is consistent with a study of Graduation pilots in six other countries on three continents conducted by Nobel Prize-winning economists Abhijit Banerjee and Esther Duflo, among others.

Communities in Liberia are receptive to the approach and enthusiastic about participating. But implementers must be focused on ensuring that it serves those in greatest need. While more than half the population of Liberia lives in poverty, it’s the 16% living in extreme poverty that must be the focus.

Second, reaching those living in extreme poverty must be strategic. How do you find them? We first asked county-level leaders to identify locations of extreme poverty. We then used a “participatory rural appraisal” to map the size of those communities, the number of households, and specific clusters within them. From there we could create a list of households.

With households identified, we could rank them based on economic indicators and administer a questionnaire to those in greatest poverty to assess their assets, savings, and food security. Based on the results, a visit to individual homes confirmed their living conditions.

Third, the program design and research tools must be adapted for local circumstances. The assets that are transferred to program participants, for instance, must be suited to the local context. In Bangladesh, participants are typically given cows; in Liberia, that is not appropriate. A market study was, therefore, conducted to ensure that the assets to be transferred would be rightly marketable. Such adaptation is consistent with the Graduation program’s experience elsewhere.

Fourth, understanding and challenging traditional gender norms can be essential to breaking patterns of extreme poverty. In Liberia, the issue of women’s access to land – to raise livestock and produce crops – had to be addressed.

In rural areas of Liberia, land is typically owned by a few families, who are often initially willing to provide free access to facilitate poverty reduction. But once they see a woman increasing her income, they may demand rent. We learned, therefore, to confirm at the outset in writing that access to land would be free for at least five years.

Cost reductions in Liberia are possible because initial research results can be applied more broadly, as can localized tools. Once an initial phase of the approach is complete, extending it is also less labor-intensive.

Academics outside Liberia estimate that for every dollar spent on a Graduation program there is a return of $2 – $5 (US) worth of benefits, depending on program design. The return is highly affected by the context, the specific program, and the particular time.

These lessons are affirming and instructive. They underscore the enormous potential for replicating the Graduation approach, and the opportunity to do so with increasing efficiency. They provide reason for optimism that this proven solution can soon be applied globally.

Adolphus B.W. Doe is Program Leader of the Ultra-Poor Graduation Program in Liberia and Interim Country Director in Liberia at BRAC.