Safiqul Islam describes how we can reach those left behind with education. 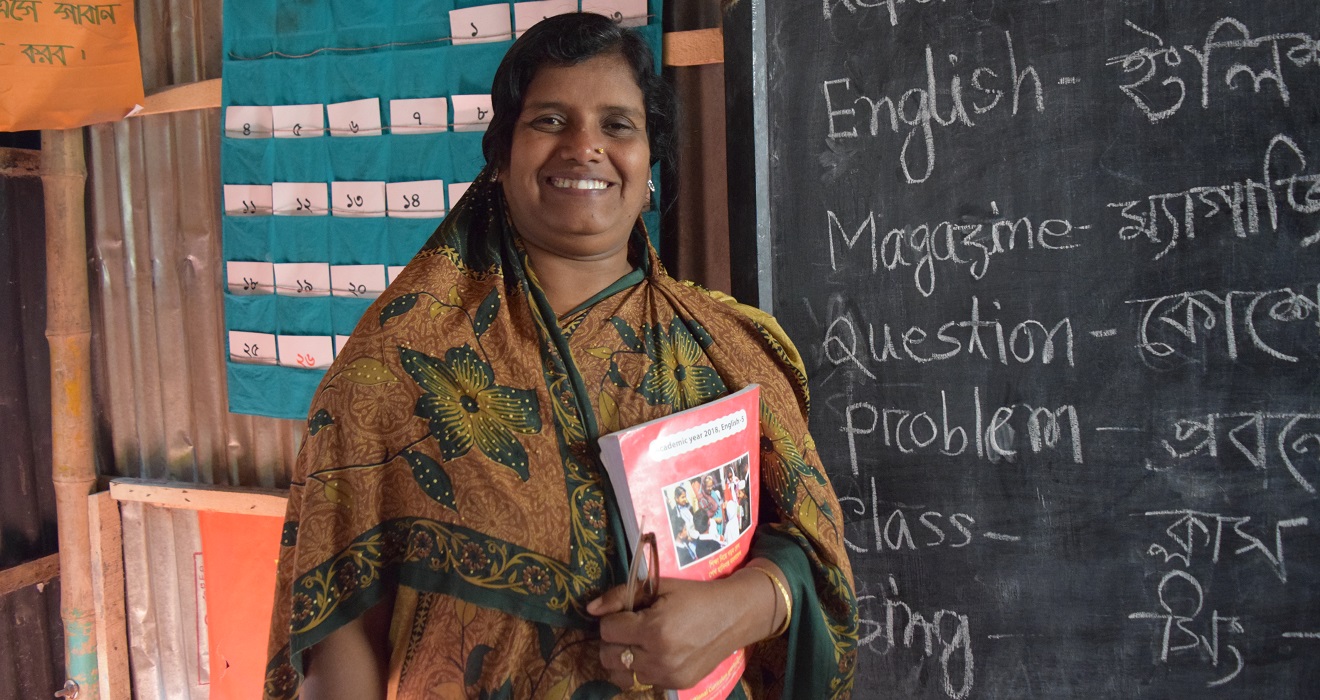 This piece was originally published in Devex. It has been reposted below.

The world needs almost 69 million new teachers by 2030 to achieve universal primary and secondary education — part of the United Nations’ Sustainable Development Goal 4. Currently, hundreds of millions of children and young people are out of school.

In addition, the Brookings Institution calls the prospect of leveraging education to reduce carbon emissions “potentially more powerful than solely increasing investments in onshore wind turbines … or concentrated solar power.” Clearly, the needs and consequences of education are enormous.

Papia Ferdousei, senior manager for monitoring and evaluation and management information systems for BRAC’s education program, talks to Devex about the skills that helped her expand her portfolio and oversee a new team within the organization.

What, then, is the fastest way for global education to reach that scale? Crucial insights can be gained from Bangladesh. There, BRAC has operated a network of one-room schools with teachers drawn from communities since 1985. That network has brought education to 14 million students.

The key to educating at that scale in a so-called least-developed country has not been new infrastructure but a new mindset. As director of education at BRAC for 34 years, stepping down from the role in 2021, I know how widespread and limiting that earlier mindset was.

Traditionally, the challenge for scaling education lay in building schools, as well as training and hiring teachers. The assumption was that schools are created specifically for that purpose and teachers are trained in institutions of higher education. This then became not only an expensive proposition but a distant one. Building schools in every community was impossible, and highly trained teachers were scarce — meaning fully staffed schools could not be in every village and students would have to travel to them. That, in turn, undercut the potential of education.

BRAC’s initial research revealed numerous obstacles imposed by this traditional approach. Many children could not arrange to travel the distance to school. Roads were often blocked by flooding or considered dangerous. Children in ethnic minority groups faced additional obstacles, as did those with disabilities. During harvests, children were needed at home. Throughout the year, meanwhile, school interfered with vital chores. Most teachers were men, which made parents uncomfortable sending young girls to school and dramatically reduced attendance.

As a result, 40% of Bangladesh’s primary-school-age children were not in school in the early 1980s. Half of the students who enrolled dropped out, and only 30% went on to complete their primary education. BRAC responded to this research by questioning virtually every assumption.

For example, why did schools have to be specially built? Could temporary solutions not be found? Why did large numbers of students have to go to school in the same building? Why couldn’t every village have a school? Why did teachers have to be men? Why couldn’t respected women be trained to teach specific grades in their communities? Why did children have to go to school during harvests? Why did school have to interfere with chores? And, most importantly, did children have to dread going to school?

Safiqul Islam was the director of BRAC’s education program for 34 years.