From boat schools in Bangladesh to Kenyan women farmers learning new skills, those on the frontlines of climate change have valuable experience in how to cope. 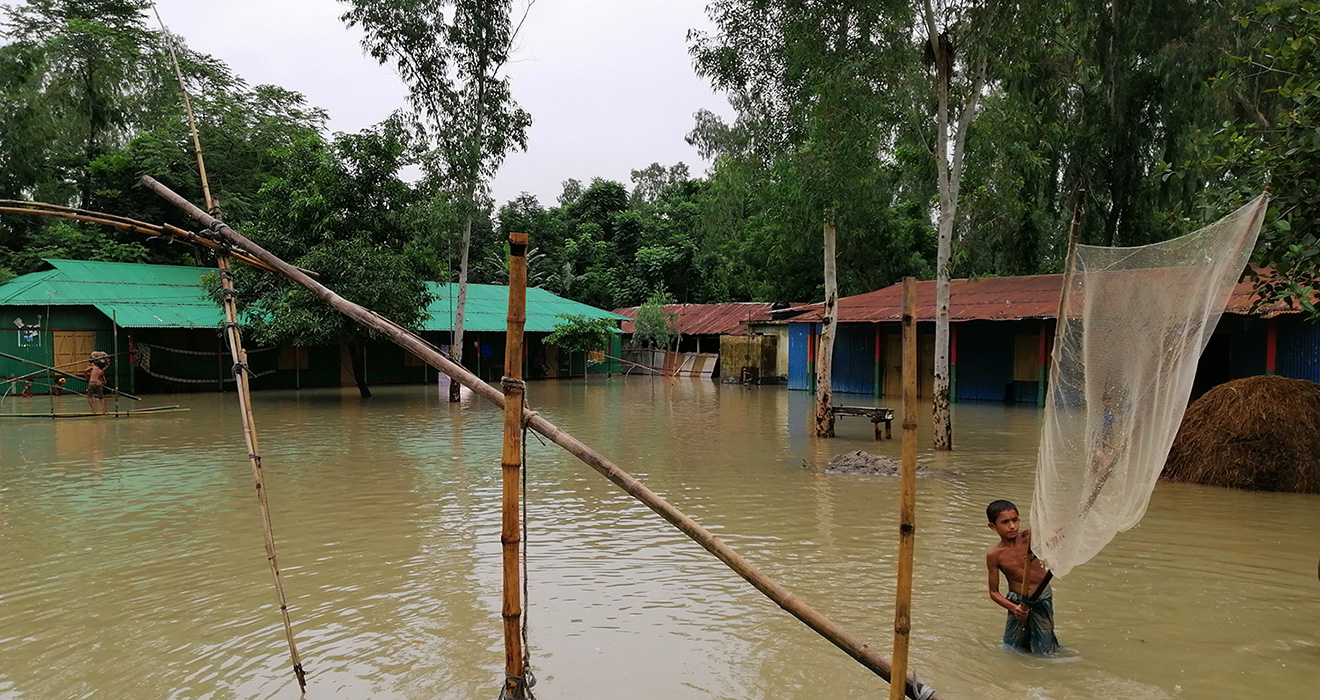 This piece was originally published in Thomson Reuters Foundation. It has been reposted below.

As this year’s UN Climate Change Conference (COP26) unfolds, the world is facing coinciding crises. Multiple regions hit their highest-ever recorded surface temperatures this year, tens of millions of people are being displaced by climate-related disasters, thousands more continue losing their lives to the COVID-19 pandemic every day, and economic shocks are set to push nearly 100 million more people into extreme poverty by the end of 2021.

In the face of these intersecting disasters, we need to support resilience and recovery for the people who are being left behind. To take effective steps, global actors will need to listen to those with the most experience responding, adapting to and preparing for major shocks. That expertise lies in the Global South.

Bangladesh has become a global leader on climate adaptation – not out of ambition, but out of necessity as one of the planet’s most climate-affected countries. Two-thirds of Bangladesh is less than five metres above sea level, and already up to 2,000 climate migrants arrive every day in Dhaka. The country has had no choice but to rapidly develop solutions for climate adaptation.

If countries in the Global North wish to support climate adaptation efforts, they should learn from Southern voices in countries like Bangladesh with firsthand experience adapting to the evolving needs of their most marginalised communities.

In response to chronic and worsening floods in northeastern Bangladesh making it impossible for children to get to school, we are increasingly using boat schools which bring classrooms on the water directly to students. Practical adaptations like these could spread to other countries facing similar challenges.

Global North leaders can apply insights from the Global South, not only on implementing concrete climate resilience programmes, but also on how to adapt development efforts to the local effects of climate change. Development actors will need to adapt poverty alleviation programmes, for instance, to respond to the ways climate change disproportionately affects marginalised groups.

Climate shocks can destroy the livelihoods of people in extreme poverty, but we have learned that we can mitigate some of this impact by providing them with livelihoods tailored to their local climate vulnerabilities while also encouraging them to establish multiple sources of income.

In Kenya, we adapted this approach for women in extreme poverty in the country’s most drought-prone regions. Many households relied heavily on raising livestock for their incomes, but worsening droughts caused rising food prices and water shortages, putting their livelihoods at risk. To build resilience, the programme provided women with the training and resources needed for secondary livelihoods such as running small shops or starting vocations like carpentry and tailoring.

After completing the programme, 80 percent of participating households had two or more income sources, and the average household increased their assets, income and savings significantly. Through combining lessons learned in Bangladesh with local adaptation, this programme was able to empower women to prepare for future climate impacts.

The Global South can bring insights, earned through decades of struggle, on how best to address the complex, coinciding development issues of the 21st century. To put COP26 commitments into action, Global North actors should focus on the countries and people who are most affected by climate change and listen to their perspectives.

With less than 2 percent of climate finance for low- and middle-income countries going to climate adaptation at the local level, funders should also increase their financial commitments to support locally-led adaptation efforts.

Northern leaders must recognise that climate change is one of many intersecting crises for the most marginalised people. To empower those left behind by our current systems, the Global North can gain knowledge and expertise on how to build their long-term resilience through effective interventions rooted in first-hand knowledge from the Global South.

Shameran Abed is the Executive Director of BRAC International.