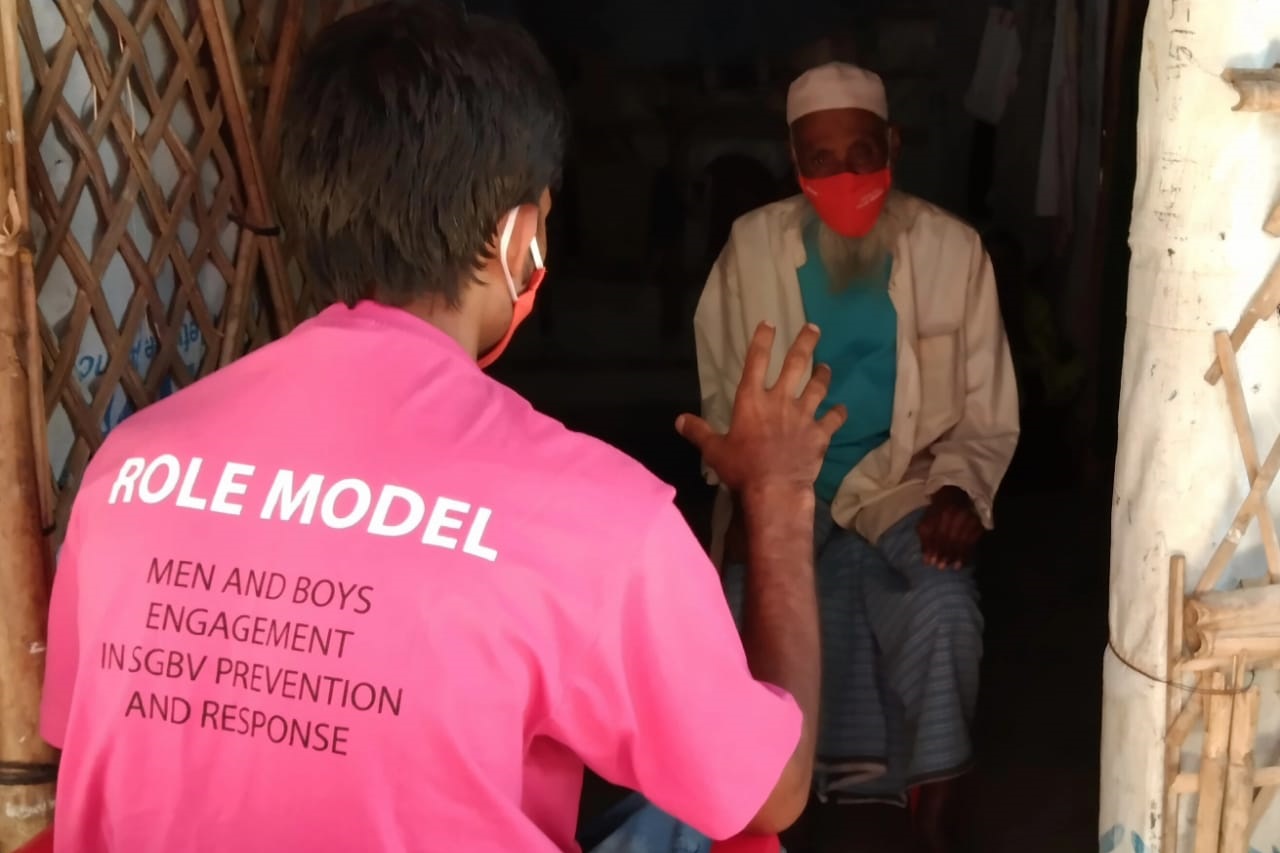 Anamul is a 23-year-old Rohingya refugee. He believes that many of the inequities that women and girls face in his community in Cox’s Bazar, Bangladesh stem from a lack of knowledge — but he also believes he has the power to help change the status quo and stop gender-based violence through educating other men and boys.

Before the pandemic, one in four female refugees screened in Cox’s Bazar reported that they were survivors of gender-based violence, despite enormous social and psychological barriers to speaking out. Amid COVID-19, several aid groups have noted what they call a growing epidemic of gender-based violence, particularly intimate partner violence, affectingRohingya women and girls as they are increasingly forced to stay home. The pandemic’s heavy toll on women and girls has also been compounded by economic devastation and a rise in child marriage and human trafficking.

Anamul is determined to change that. He is among more than 100 male role models working to engage men and boys in their communities to prevent gender-based violence and discrimination. 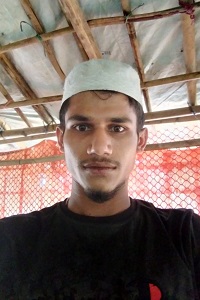 Trained by BRAC, role models travel door-to-door and lead group sessions with men and boys in the Rohingya refugee camps, raising awareness about gender inequities and helping to address root causes. Through education and support from peer role models, young men across the camps shift from being passive bystanders to becoming empowered leaders who confront abusive peers, support people who are abused, and change mindsets to stop gender-based violence in their communities.

Community role models like Anamul help end harmful stereotypes and norms by educating men and boys on the advantages of gender equality, promoting positive masculinity, and working to reduce the risk of gender-based violence. They also speak with families about the importance of educating girls, and warn them about the dangers of early marriage. 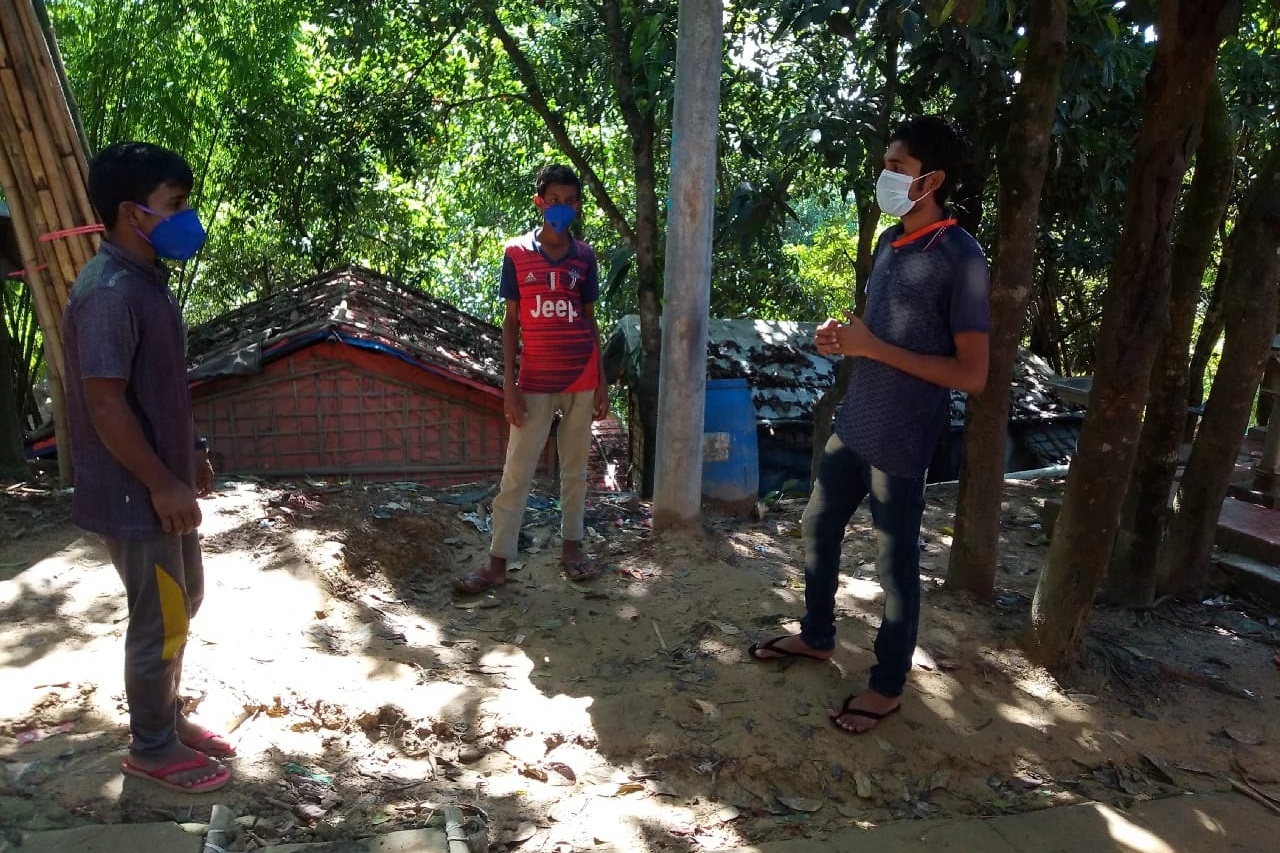 A role model leads a socially-distanced session to change the way young men think about masculinity and gender equality in Rohingya refugee camps.

Anamul first decided to become a role model because he wanted to support the well-being of his community. Since he began volunteering in 2018, Anamul has seen several positive changes as a result of his actions. When people learn from him and apply his teachings in their everyday lives, he feels proud.

“I am inspired when someone listens to me and changes his decisions based on my awareness messages,” Anamul said. “For example, in my community, a boy wanted to get married, but after his father attended my awareness session, he advised his son not to marry at such a young age.”

Anamul says that his training and work as a role model have also changed his own perceptions of gender. He has shifted the way he interacts with both women and men since his training with BRAC.

The risk of gender-based violence has increased during the pandemic, and role models like Anamul have sustained their critical work, educating their peers and sparking dialogue while using safety measures like masking and social distancing. They have also delivered messages about how to prevent COVID-19 to help keep their communities safe. 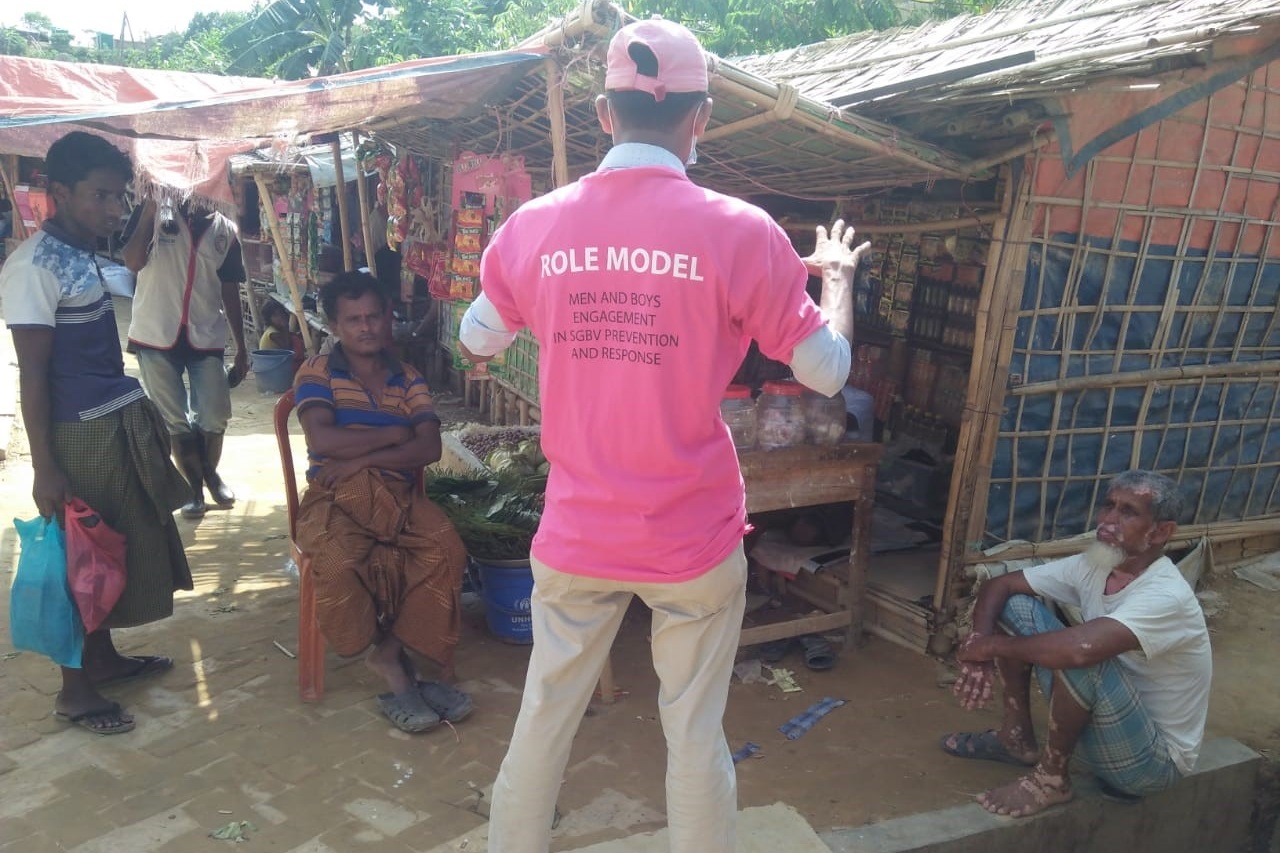 Anamul engages a group of men in his community about preventing gender-based violence.

Anamul believes that if male role models continue to educate and engage men and boys across the Rohingya refugee camps, the lives of women and men will improve across the refugee community.

“This is just the beginning,” he says.

June 20th marks World Refugee Day. Together, we can enable refugees, women and girls, and vulnerable communities everywhere to heal and thrive. With the right opportunities and support, people living in poverty and crisis can build better futures for themselves.

This World Refugee Day, stand with underserved communities around the world.