Seven years on from Rana Plaza, Bangladesh’s garment sector faces unprecedented challenges that will fiercely test its resilience. Can COVID-19 serve as a catalyst for a more responsible fashion industry? 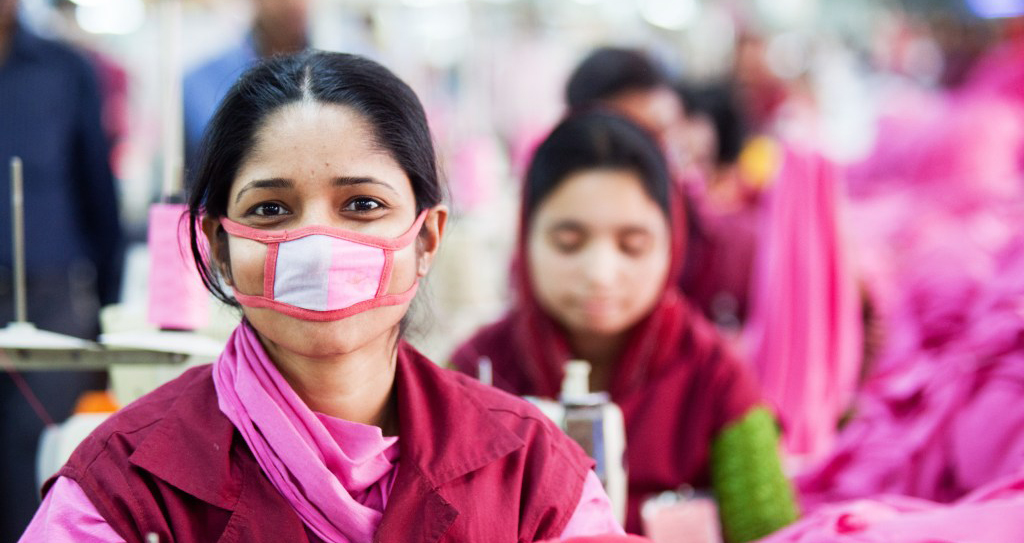 Global brands and retailers have canceled over $3 billion worth of apparel orders in Bangladesh since the onset of the COVID-19 pandemic. The canceled orders comprise 980 million pieces, enough for three articles of clothing for each person in the United States.

These canceled orders spell devastation for Bangladesh’s most significant sector, which accounts for 84% of the country’s total exports. The Bangladesh Garment Manufacturers and Exporters Association estimates that broken promises from fashion partners will affect over four million garment workers, the majority of whom are women living in poverty. 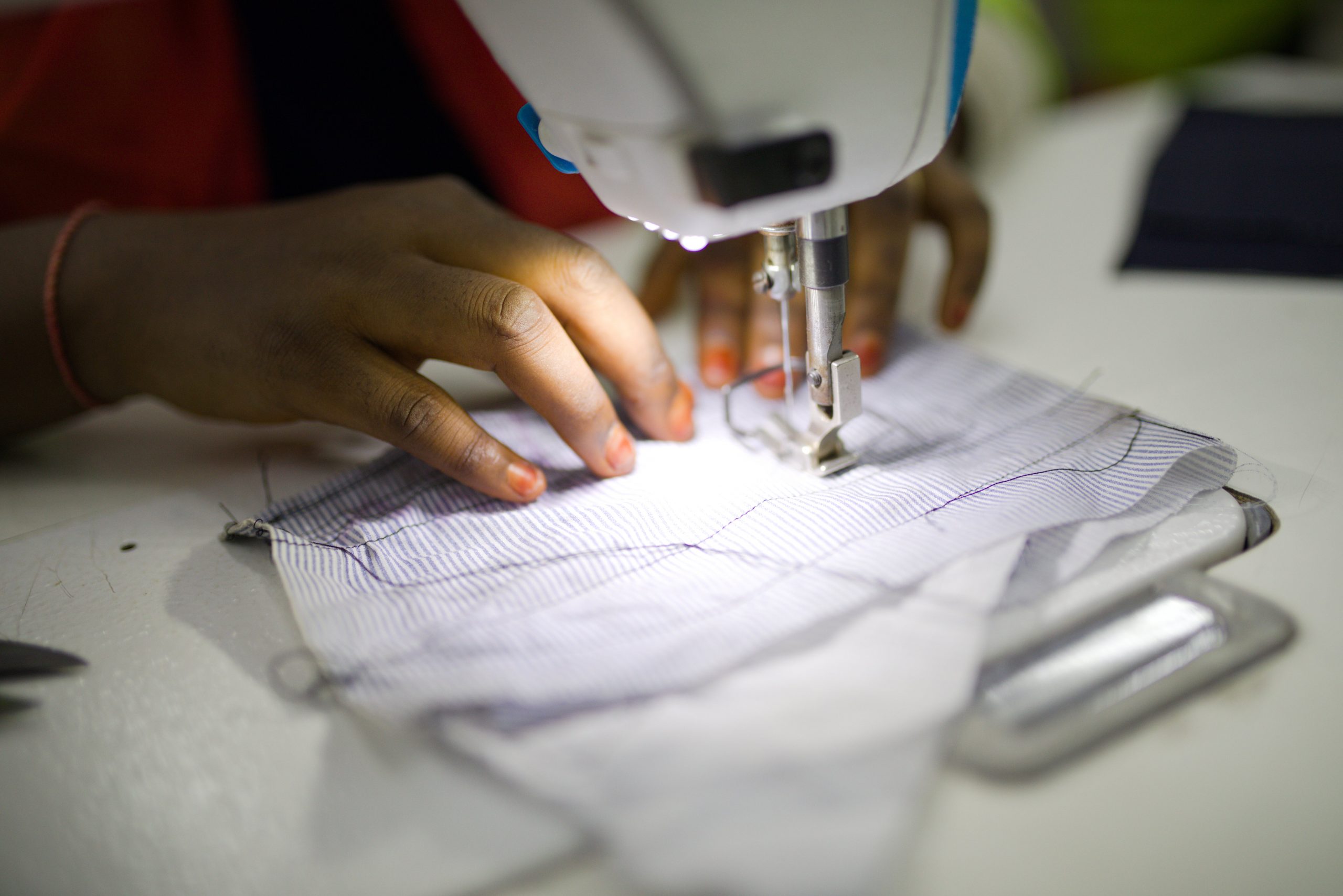 A humanitarian crisis with a public health dimension

For millions of garment factory workers and 10 million day laborers across Bangladesh who rely on daily wages to feed their families, the COVID-19 shutdown has already caused acute poverty and food insecurity. According to BRAC’s executive director Asif Saleh, “For Bangladesh, COVID-19 is a humanitarian crisis with a public health dimension.”

In early April, several hundred workers filled the streets protesting overdue salary payments, some alleging they had not been paid since February.

Loss of income and food insecurity can lead to conflict. BRAC’s human rights and legal services offices across the country have seen an increase in gender-based violence cases, including women who lost their jobs in the garment sector.

When garment factories closed in late March, Rakeya* filed a case against her husband, who physically abused her at home. The daughter of a landless farmer, Rakeya had moved from a rural community to Dhaka, shortly after giving birth to her first child, to find a job at a garment factory.

After COVID-19 took her job, Rakeya refused to give up the small portion of land to her husband that she had purchased with her savings. Her husband beat her and drove her out of the house, keeping their young daughter. BRAC helped Rakeya to file a case with the police and reunite her with her daughter.

BRAC’s director of human rights and legal services and social compliance, Jenefa Jabbar, says that stories like Rakeya’s are not uncommon. As both men and women lose jobs and income, domestic violence cases are on the rise. BRAC is seeing an increase in incidents of rape, suicide, child marriage, and domestic violence.

“When millions of people quickly fall back into poverty, it can result in a rapid increase in human rights abuses,” said Jenefa. “This is damaging to any society.” Indeed, one BRAC program received nearly 700 reports of violence across three weeks in late March and early April, a number of which were directly linked to the economic effects of COVID-19. 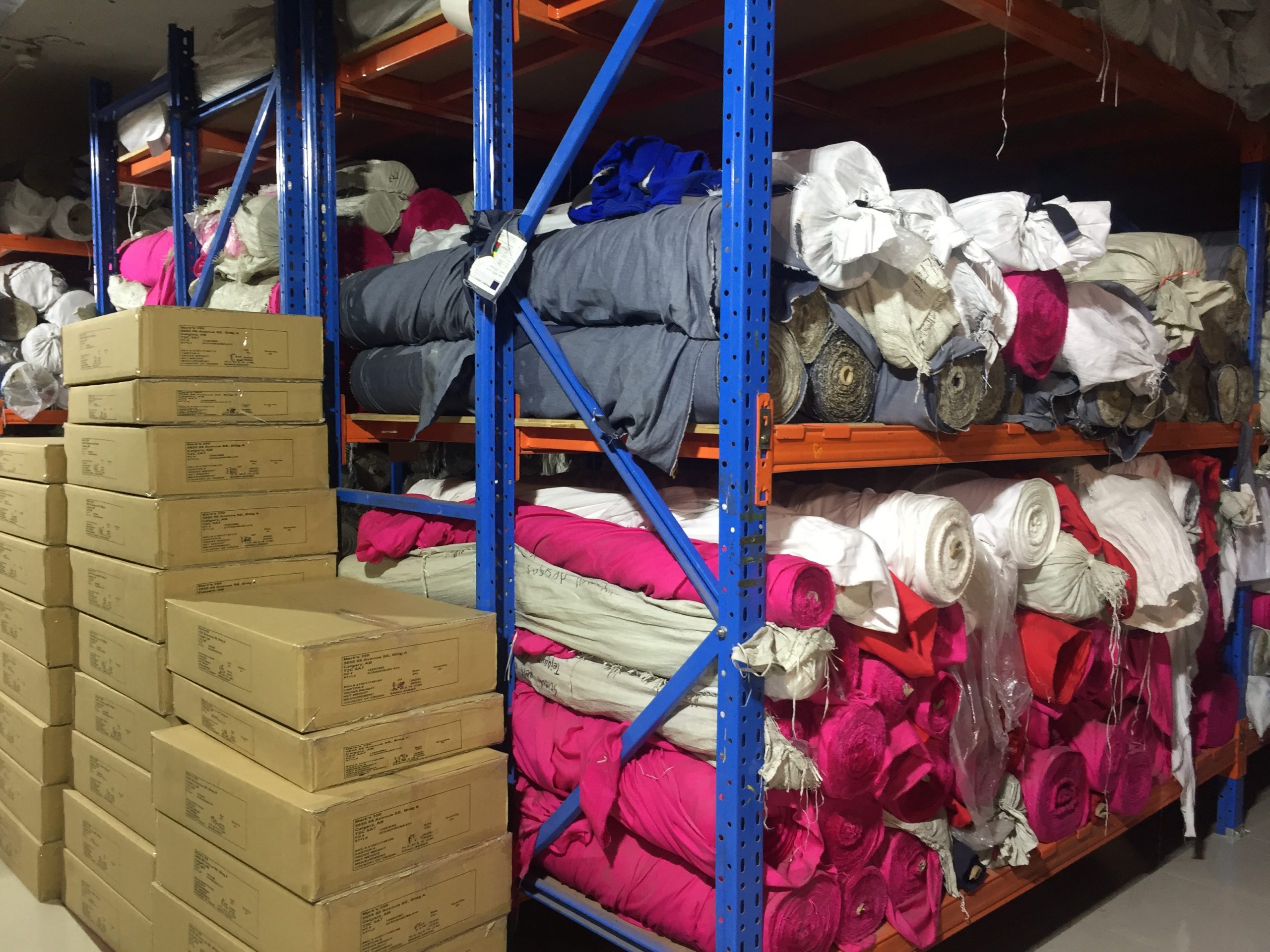 As governments around the world have imposed lockdowns, several major brands and retailers sent letters to Bangladeshi manufacturers calling for the immediate cancellation of orders, totaling more than $3 billion worth of goods. After an outcry from activists, some brands have promised to pay for their orders, while others have pledged to defer payments to an undefined time in the future or asked factory owners for discounts.

Bangladeshi manufacturers are also responsible for $1.96 billion worth of fabrics that go into manufacturing clothes. The Bangladesh Garment Manufacturers and Exporters Association estimates that Bangladesh will lose nearly $6 billion this fiscal year as a result of order cancellations.

As we commemorate the seventh anniversary of the Rana Plaza factory collapse, where 1,134 garment workers lost their lives and more than 2,500 were severely injured, the fashion industry’s promise to be more collaborative and accountable is paramount.

This crisis demands responsible supply chains that support the millions of workers who are the backbone of the fashion industry and a commitment to inclusive partnerships that advance the dignity, safety, and opportunity of garment sector employees, especially women. 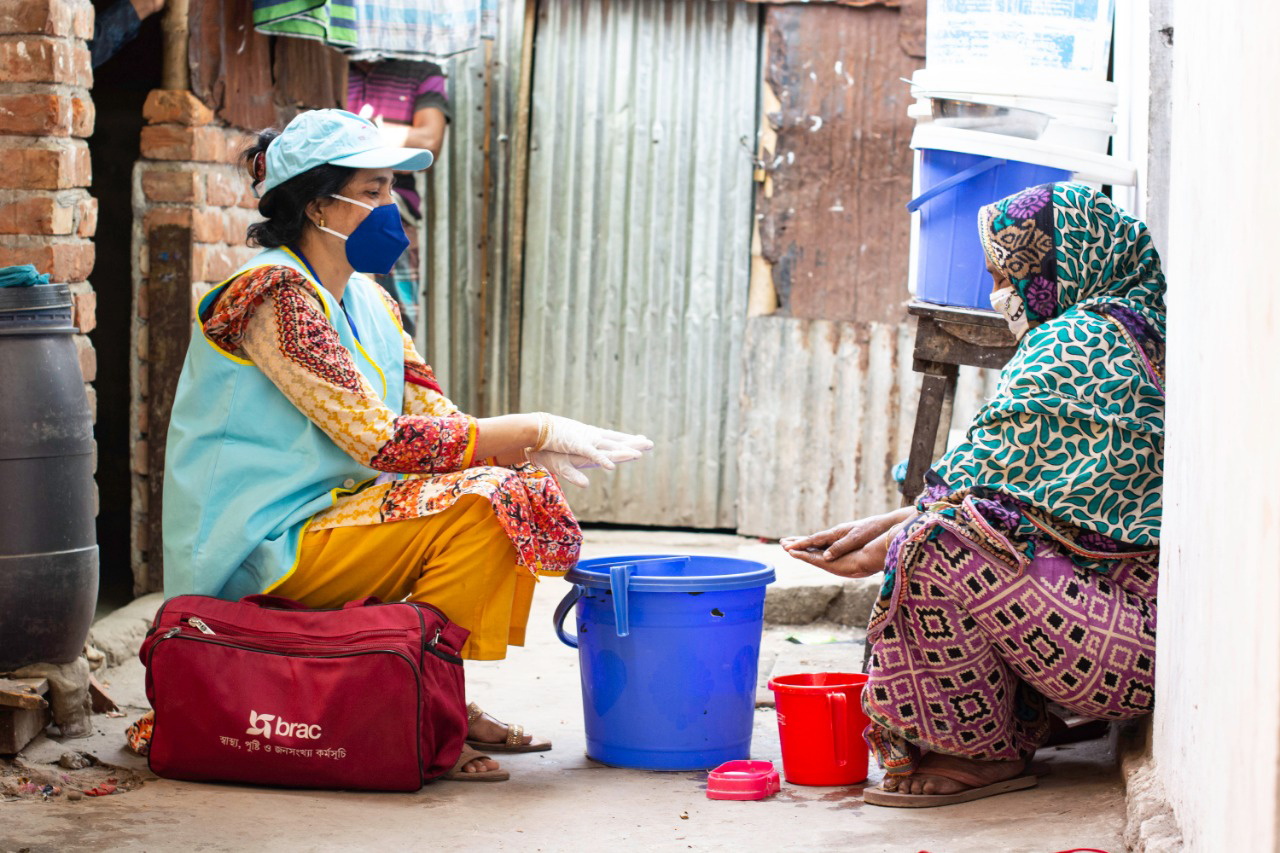 It has always been BRAC’s ethos to support the most vulnerable communities. Its global response to COVID-19 has reached more than 60 million people worldwide with public health awareness activities across 11 countries.

In Bangladesh, nearly 200,000 families have received cash support of about $18, which will provide emergency relief for two weeks. BRAC has also distributed more than a million hygiene products and spread public health information about COVID-19 to 24.5 million people.

Many of these efforts have targeted geographic areas with high concentrations of apparel factories, such as Gazipur, Savar, and Tongi. According to BRAC University’s Mapped in Bangladesh, an online tool to map exporting garment factories, there are nearly 2,500 factories in Gazipur and Savar, collectively employing 3.5 million workers. Since 2017, BRAC has operated one-stop service centers for garment workers in these neighbourhoods, providing more than 125,000 people with healthcare, skills training and job placement, legal aid, microfinance, health insurance, and more.

To minimize direct contact and overcome barriers to financial inclusion, BRAC is partnering with the mobile money provider bKash to expedite new account registration and is looking to work with factory owners to digitize payments to garment workers.

BRAC has also set up hand washing stations outside of its service centers and at entrances to slum communities where garment workers live and continues to offer health, legal aid, and mental health counselling to community members through call centers.

In Bangladesh, the rate of reported COVID-19 cases is increasing at an alarming rate. Though the majority of cases remain in Dhaka, a lack of testing capacity makes it difficult to understand the full picture. As the country rapidly approaches 5,000 reported cases, BRAC is committed to standing with communities affected by COVID-19.

Hope for a renewed garment industry

In the short-term, BRAC will continue to provide immediate relief for garment workers affected by the crisis. However, the long-term implications for the global fashion industry require attention and action.

The impact of COVID-19 has highlighted the significant power imbalances between industry stakeholders across the supply chain. BRAC is eager to lead broader conversations on rebuilding a responsible industry.

Since Rana Plaza, key stakeholders in Bangladesh have been working tirelessly to ensure that the “Made in Bangladesh” brand represents a new way of manufacturing ready-made garments, where safe, decent work opportunities are the norm.

BRAC teams are exploring approaches that support vulnerable workers who have been left behind, from reskilling programmes to interventions that combat projected spikes in trafficking.

Our late founder, Sir Fazle Hasan Abed, said, “BRAC has always believed that change is human-made. At the heart of everything we do is the conviction that everyone can be actors in history.”

Even as the impacts of COVID-19 destabilize the sector, can we build a renewed industry that distributes value beyond shareholders and supports the economic and social rights of workers?

The fashion industry and garment sector must unite during these challenging times so that the suffering experienced after Rana Plaza is never felt again.